Can you teach an old dog new tricks?


Following numerous reports of a car being driven “erratically and recklessly”, a man was arrested by  Washington State Troupers, after a 100mph car chase which was eventually halted by spike strips in the road. 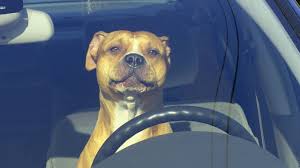 Once the vehicle had been brought to a standstill police were astonished to find a pit bull terrier behind the wheel!

The arrested man from Lakewood, Washington who was charged with reckless endangerment, hit and run, driving under the influence and felony eluding, told police he was attempting to teach his dog how to drive – apparently with little success – but then it was her first lesson!

The dog has now been taken to an animal shelter, and has been described as “a very sweet girl”.

Turning our attention to a far more serious matter, I was joined on the phone by AHMAD AYOUBI who is executive director of STAND BY ME, an Essex based charity which aims to provide care and food for children in many countries.

They currently care for over 3600 children across the world from Myanmar to Colombia to Ethiopia, taking time to understand and meet each of their individual needs, from food and healthcare, to loving parents and a quality education.

Their aim is to help them reach their full potential, stand on their own two feet and change their futures. 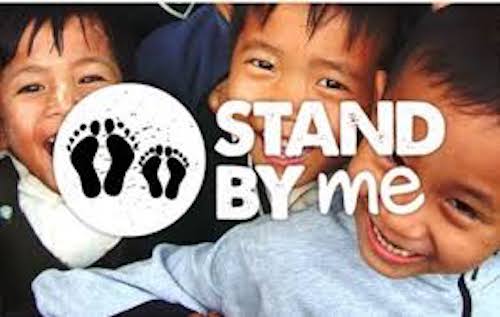 This organisation was founded in 1995 by David Spurdle of Hornchurch as Kids Alive UK, to meet the needs of 60 orphaned boys in Lebanon, since when over 10,000 children in 11 countries have been cared for.

Now the arrival of the coronavirus has resulted in authorities in many countries closing schools thereby putting children and families at severe risk following the withdrawal of daily school meals, since their families are now unable to offer adequate provision.

In an effort to redress their plight, Stand by Me has responded by sending money to Ethiopia, Colombia and Romania for their staff to buy supplies and give out food parcels to every family in their care.

Each monthly £40 food parcel will provide a family with essential food and soap to keep a family nourished and healthy while enabling them to remain isolated.

Just last week they despatched over 1000 food parcels and have committed to do this for the next 6 months but to continue this work, they desperately need your help.

Take a look at their website http://www.standby.me/foodparcels and think what difference a weekly £10 contribution could make. If you’d rather not commit to regular contributions, they’d be equally grateful to receive “one-off” donations.

Listen again here to what Ahmad had to say about the efforts they’re making: –

Just think how much you spent on your last shopping expedition and then imagine how many children and their families could be helped by a donation of a fraction of that spend!

For her BYGONES feature today, Margaret Mills took us back to the 18th and 19th centuries to look at the life of a Great Dunmow man who was both an art patron and amateur painter.

The man in question was the 7th Baronet, SIR GEORGE BEAUMONT who became a founding father of THE NATIONAL GALLERY.

Listen again here to what Margaret told me today about this gentleman:-