Another Show presents; Top of the Flops – ION Storm why it failed to make us it’s B****

No name was more synonymous with gaming in the ’90s to early 2000s than John Romero; in particular his work on first-person shooters or FPS’s for short.  Such as Doom, Quake and his spectacular failure Daikatana. Most people have heard of him and the game, especially after the marketing campaign that said “John Romero is going to make you his b****” and the huge promises he made about what you’ll be able to do in Dakaitana.

What most people don’t know is the story going on behind the scenes that seems more game of thrones than game development.  Without a clear hierarchy and a battle for the Iron Throne (CEO role) can we really blame John Romero of was he doomed from the start.

Have a listen to find out as we take a deep dive into the History of ION Storm and in particular the Dallas office. 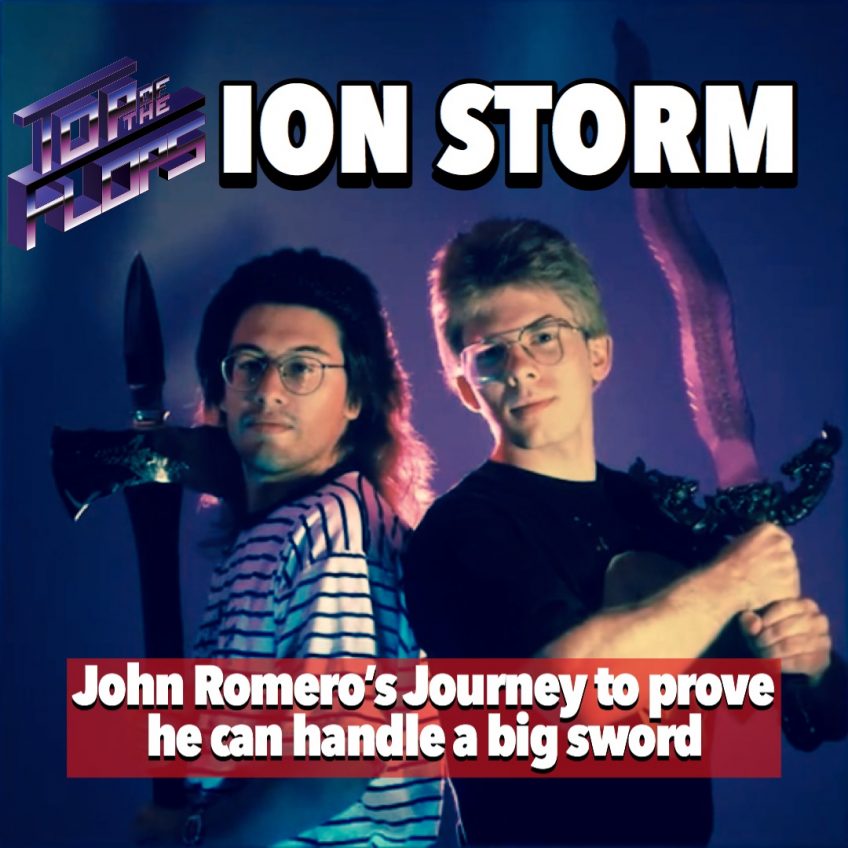