Do you own a dash-cam?


We reported today on why it might pay you to install a dash-cam, if you don’t already have one.

Carl Ivers of Gateshead took his car to a servicing establishment to have the timing belt changed, but in order to try to find out how much fuel might be used during the expected test drive following the repair, he left the dash-cam on record. 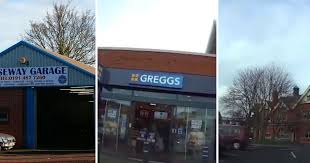 What emerged was not at all what he expected as it seems that the mechanics used his vehicle to get their lunch, even parking in a DISABLED BAY, not wearing their seatbelts, driving at high speed and ignoring speed bumps.

When one of the mechanics spotted the dash-cam, they tried unsuccessfully to disable it.

After Mr Ivers reviewed the resultant footage he confronted the owner of the business, who promptly fired the apprentice involved, whilst the other mechanic has been presented with a final written warning, and is now banned from doing any more test drives.

It also seems likely that Mr Ivers may not have to pay labour charges on any future work he might offer the firm.

Being a Tuesday Margaret Mills was back with me to look at the life and times of the famous artist, Augustus John, whilst he was living in Matching Green, near Harlow Essex between 1907-1911.

Judging from what Margaret revealed today, Augustus John seemed to have lead a somewhat “Bohemian” lifestyle sharing a property with his wife Ida Nettleship, mistress, Dorelia McNeill and 9 of his reported 100 children!