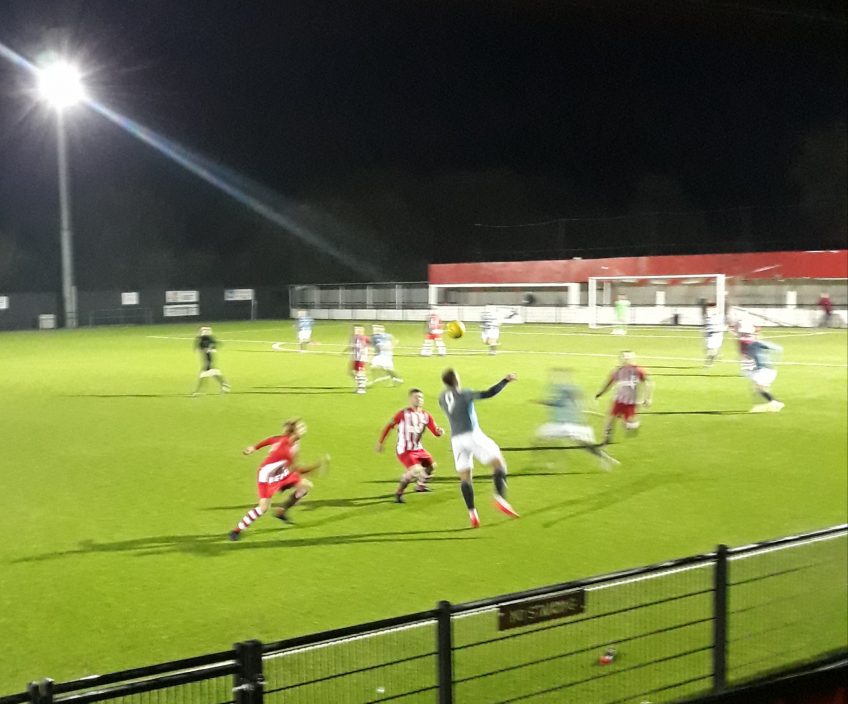 Bowers & Pitsea suffered their fourth home defeat of the season in the league against a Worthing team who moved up to fifth place, following a closely fought affair on a cold evening.

Bowers manager Rob Small gave a debut to 16-year-old full-back George Wind, who was in the starting eleven.

Worthing had the first shot on goal in the third minute via their pacy midfielder Marvin Armstrong, but despite taking a deflection it was caught quite comfortably by home goalkeeper Callum Chafer.

Nine minutes later Bowers had their first real chances when Brad Warner set off on a run and sent a shot just wide, resulting in a Jamie Dicks corner which nearly resulted in a goal, but the visiting defence cleared the ball off the line.

And Worthing were agonisingly close to scoring themselves with 16 minutes played, a header from forward Reece Myles-Meekums bouncing off Chafer’s crossbar.

And a short time later Jesse Starkey went close for the Mackerel Men, with a free-kick that was just wide.

There were a couple more half-chances for Bowers from Dicks and Ben Sartain, and right at the end of the half Worthing had a penalty appeal refused by referee Scott Rudd so the match remained goalless going into the interval. 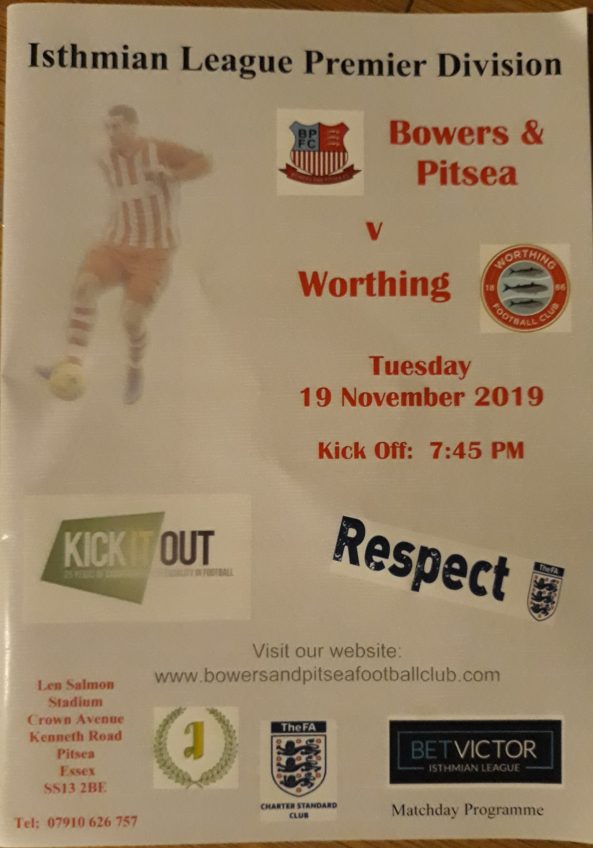 With the second half eleven minutes old the Sussex side went close when stray home pass let in their skipper Alex Parsons, his right-footed shot bringing a crucial stop from Chafer before Ricky Aguiar’s low strike went wide a couple of minutes later.

Worthing were making life difficult for Rob Small’s side during this spell, and Chafer had to once again be alert to push away a Starkey strike.

Then just after the game entered the final 20 minutes Sartain went close with a curling free-kick, before substitute Dan Trendall squared the ball on for Warner who narrowly failed to connect right in front of the goal.

But the Mackerel Men were the ones who broke the deadlock ten minutes before the end, when one of their own second-half subs Tom Chalaye put them 1-0 in front from the rebounded after Chafer had pushed out Ollie Pearce’s initial effort.

Then with three minutes left Trendall was brought down by a Worthing player.

Many of the home supporters clearly felt it should have been a penalty, but referee Rudd awarded a free-kick right on the edge of the box which Sartain fired over.

But Worthing went 2-0 up in the final minute of normal time, when Pearce lobbed the approaching Chafer and scored.

Then Bowers got a penalty in stoppage time which Warner scored after Trendall was once again fouled, but it proved to be the last kick of the game.