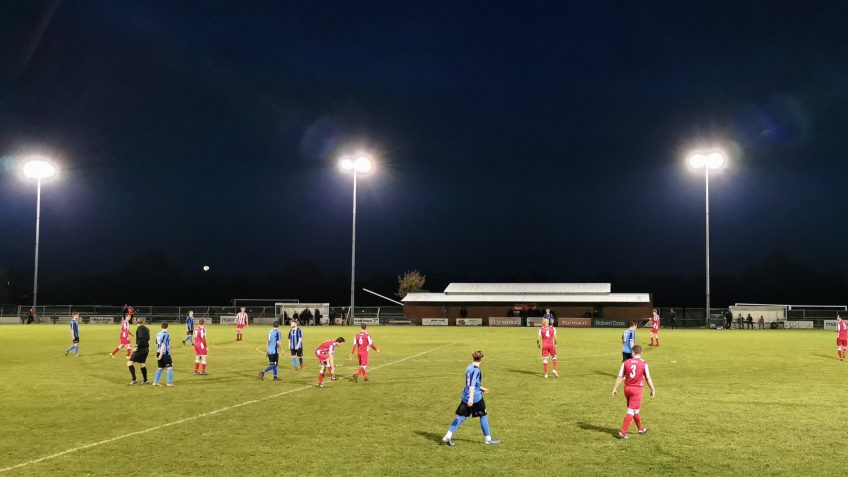 The Ramblers edged an evenly matched first half with Joe Howard and Kunle Adeyemi having chances for the home side.

On the half hour 30 mins Jason Jones won a penalty after being brought down in the box, but Karl Swanborough’s effort was well saved by Danny Fowler.

The home team took the lead after the break with a great finish by Swanborough after good work by Cavener.

It looked like that the Ramblers were going to hang on to the win until the 89th minute when Ian Sawyer finished a well-worked move.

Worse was to come for the home side a minute later when Alex Watson unleashed a screamer into the top left corner from 20 yards to give Frenford all three points.