SHAUN IS SPOT ON IN A TALE OF TWO CITIES

Following three league games without a victory Chelmsford City got back to winning ways this afternoon, as a second-half penalty from Shaun Jeffers proved enough to beat Bath City.

Chelmsford had a good chance in the third minute of the match when Robbie Simpson headed towards goal after receiving a cross from Tom Wraight.

But it went just past the post to the left of Bath goalkeeper Ryan Clarke and wouldn’t have counted anyway, as an offside decision was given. 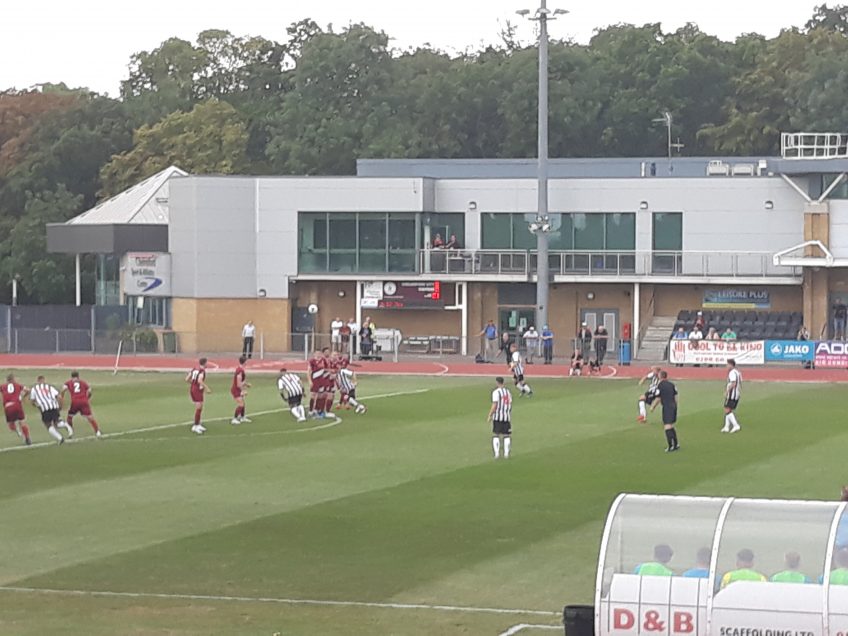 Then in the 9th minute Chris Whelpdale had a shot which was on target but gathered by Clarke.

Then a couple of minutes later the Clarets should have grabbed the lead.

Whelpdale was involved again as he set up Sam Higgins but the home number 9 somehow missed from only two yards out.

The Romans’ first shot on target came on the quarter of an hour mark, as Tom Smith put the ball through for Dan Rooney but Chelmsford keeper Carl Pentney caught his strike without much trouble.

Then in the 18th minute Higgins had another decent chance to put Rod Stringer’s men in front when Robbie Simpson set him up via an excellent cross from Frazer Shaw, but he scuffed his shot wide of the right-hand post.

The visitors nearly snatched the lead on 24 minutes when initially Rooney’s goalbound effort looked to be going wide, but it took a deflection off new home signing Tom Gardiner and Pentney pushed the ball past the post just to make sure.

Ten minutes into the second half Whelpdale went close with a looping header from Wraight’s corner, which only just went wide.

Then a few minutes later Stringer made a double substitution, Shaun Jeffers and Billy Knott replacing Higgins and Whelpdale.

And Jeffers made an immediate impact, having a shot cleared off the line just after he came on.

Then in the 64th minute Chelmsford were awarded a penalty, and both subs were involved.

Knott was brought down inside the box and referee Philip Staynings pointed immediately to the spot.

Jeffers stepped up to take the kick and made no mistake, sending Clarke the wrong way and putting his side 1-0 in front. 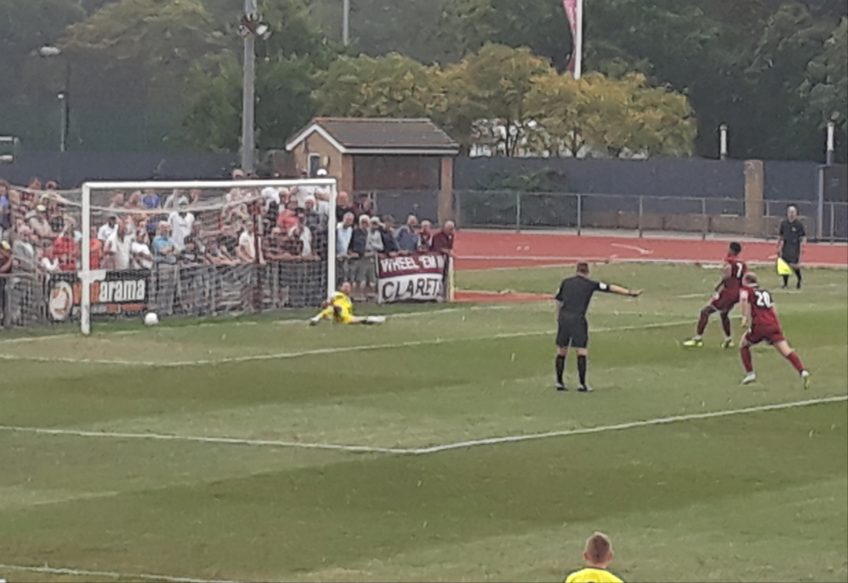 Chelmsford had a second penalty appeal waved away on 74 minutes even though Knott appeared to have been hauled down in the box, but referee Staynings was oblivious to the appeals on this occasion.

The Clarets continued to have more of the goalscoring opportunities and Simpson headed over the bar with 8 minutes remaining.

With five minutes of time added on Bath manager Jerry Gill pushed everybody in his side forward, but they still couldn’t find an opening.

Chelmsford almost doubled the scoreline with virtually the last kick of the game from Jeffers, who was denied when Clarke pushed the ball away.

But they certainly deserved the three points, and the result will have been a real boost for them ahead of their big local derby on Monday night against Billericay Town.