Written by Paul Golder in Resurrection👁 1,725

Britpop band Salad have been on the comeback trail for the last few years with acoustic gigs, an acoustic album, full-band gigs … so a full-band album has to be the next step!

The Salad Way, the band’s first* plugged-in studio album since 1997’s Ice Cream is out for release on 30 August and the 13 tracks carry on in the same brilliantly unique place where the band left off. 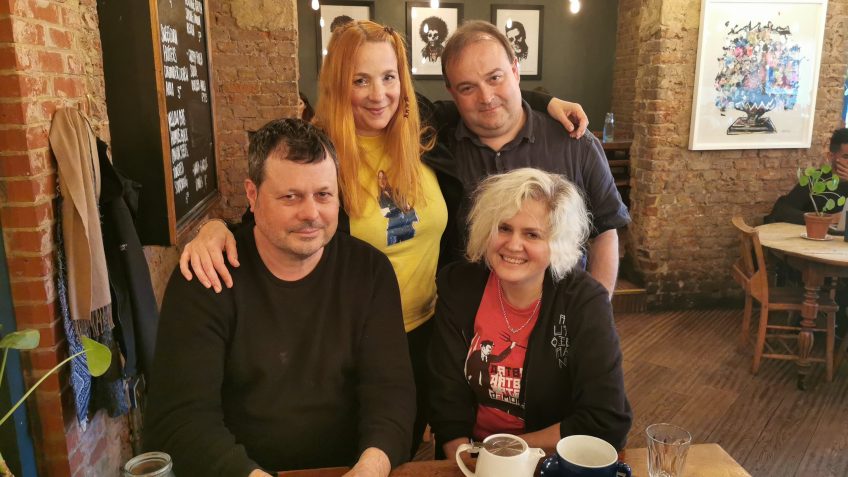 So it was great to catch up with Marijne, Paul and Charley last week to talk about how the album was put together and the meaning behind a number of the tracks.

I’ve had a sneak preview of the album and while it’s full of great songs I’m particularly enjoying Welcome To My World and Lovesick Energy, although that might change next week.

You can listen to the lead track from the album, Under The Wrapping Paper, which has just been released on streaming services.

You can pre-order the album from the band’s official shop and you can also keep up to date with the latest news on their website here.

If you like this show please subscribe to the podcast! You can now find us on Spotify, iTunes/Apple Podcasts, Anchor, Breaker, Google Podcasts, Pocket Casts, RadioPublic and Stitcher.

* if we don’t count The Lost Album