Friday always mean movies on the Drive show, but this week we had a treble dose of film gubbins thanks to the Movie Review with Mark Searby, but also news of a locally-made zombie film called Welcome to Essex and details of the Romford Film Festival.

Joining me in the studio were Phil Scott and Spencer Hawken who explained the idea behind the film festival (now in its 2nd year), plus the logistics of filming a hoard of undead extras running down Brentwood High Street!  [click here for a bonus feature on the filming]

We also had the benfit of Mark Searby’s insight in to classic zombie offerings and how, despite the likes of Netflix, Amazon Prime Video and such – that the cinema experience is still strong.

Phil and Spencer in the Phoenix FM studio… 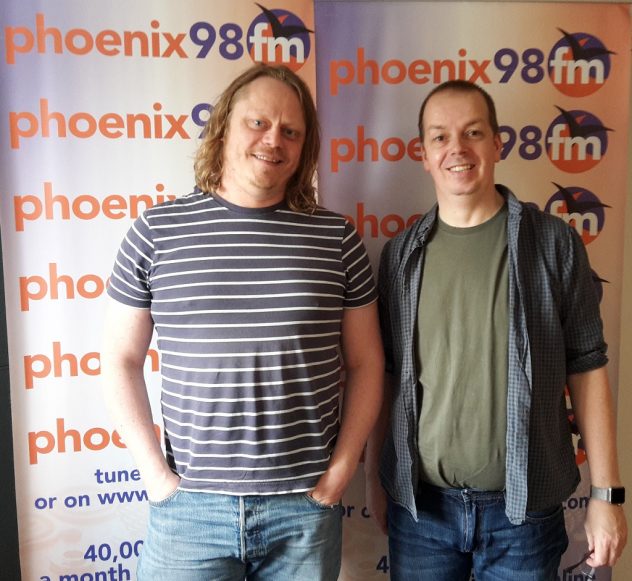 For information and ticket bookings, check out Romford Film Festival on Facebook