An odd taste in men!


Now here’s a tale of a truly bizarre addiction.

26-year old Casie tragically lost her husband Sean to a fatal asthma attack just 2 and a half years after they met.

But since his death she decided to carry her husband’s ashes wherever she goes!

She explained to TLC’s MY STRANGE ADDICTION that she now takes her husband everywhere, to the grocery store, shopping, to the movies, out to eat, “anywhere I go he goes”, she said

But then she spilled some of his remains from the cardboard box she keeps him in onto her hands, and not wishing to wipe them away, licked her fingers and now after 2 months she’s become addicted to eating her husband’s remains. 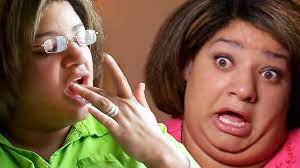 “First I lick my finger and I don’t just dip it in, I swirl around to get it caked on there good and then I just eat it.

“It tastes like rotten eggs, sand and sandpaper but I’ve grown to love that taste, it started off as not wanting to get rid of him and it’s progressed into eating him

“I’ve lost 42lbs since my husband passed away. Basically, the only thing I’m eating are his ashes.”

She added: “When I open up the urn I get a sense of happiness, it’s like an adrenaline rush for me and the more I eat the more excited I get until I realise there’s not a lot left.

“Knowing I already lost a pound [of the remains] is really hard because it’s going to run out soon and I don’t know if I’ll be able to hold it together,”

“I have to stop eating him, I’ve lost him once, this time it’ll be my fault that I lose him again.”

Frankly I don’t know what to say to that!

In the second hour I was joined by Margaret Mills who brought us back into the real world with news of a social reformer and campaigner from the early the 19th century, Thomas Foxwell Buxton. Although he lived much of his life in Weymouth for which town , her served as MP he had been born in Castle Hedingam.

Listen again here to what Margaret had to say about this interesting character: –