Everything was simpler when I was young!


I don’t even understand what some things about gender neutrality even mean so if you want to call me old fashioned that’s fine with me.

Nevertheless I do find it very strange when people try to use gender-neutral language. 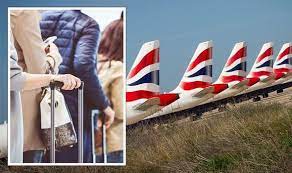 For example it appears that British Airways and other airlines are planning to abandon such all inclusive greetings as “ladies and gentlemen” and replace them with something celebrating diversity and inclusion.

In July a case was taken to the supreme court arguing that passport applications asking people to declare if they are male or female breaches their human rights!

The court heard that a person was unable to cross a frontier, undergo an identity check or undertake the many transactions of everyday life without using a passport which misrepresents their gender identity.

The case continued that non-gendered and non-binary people have to make a false declaration to get a passport, which ‘strikes at the foundation of the standards of honesty and integrity to be expected of such official processes.”

I don’t even know what a non-binary person is supposed to be! 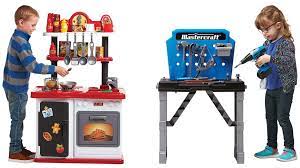 The Institute for Learning Sciences and Teacher Education conducted a study involving hundreds of young kids and concluded that something needed to change.

The main finding was that boys wanted to be professional sportspeople, STEM-related jobs (science, technology, engineering, mathematics)  police or military, whilst girls wanted to be teachers, work with animals or the arts.

The study concluded that these stereotypes need to be challenged and to do this gender-neutral toys needed to be encouraged.

California recently brought in a new law that requires toy stores to have gender-neutral sections and large scale retailers must now also display their regular products in a gender-neutral way that doesn’t specifically encourage either sex to buy them.

I can just imagine the reaction I’d have got if I’d bought my son a “MY LITTLE PONY”. 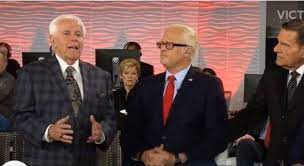 Now get this an American evangelist claims that Jesus hasn’t returned to Earth because people aren’t donating enough money to his church.

Speaking during a four-day event entitled “Victorython” on one of those God channels, Pastor Jesse Duplantis told viewers they could ‘speed up’ Jesus’ return if they would only put their hands in their pockets.

“I honestly believe this – the reason why Jesus hasn’t come is because people are not giving the way God told them to give,” he said before urging people to pick up their phones and call the number on screen to donate cash.

He added: “I really believe this, if people would call this number, and put this Victory all over the world, every available voice, every available outlet – the Father would say, ‘Jesus, go get ’em’.

“Because you see, He wants to see us as much as we want to see Him. Do you see what I’m saying?

“And what is hindering all these things is because people are not doing – in the financial realm, because we’re living in an economic world – what God’s called them to do. You know? He’s called us to do that.

Amazingly he also announced that he was himself a multi-millionaire, which has to be good news for him and his followers since presumably he will be able to speed things up by handing over all that dosh and get Jesus back down to Earth even quicker, right?

He even said that on the day immediately following the rapture, he would hand over his private jet aircraft!

There’s generosity for you!

However one unconvinced viewer quipped, “These people have no shame, using the name of God to make money off of poor people, ignorant people, elderly people, some of who will actually believe this nonsense.”