This could be a bit of a blow!


On today’s, for me bonus edition of the show we started out by examining a strange way for someone to make a living.

Truly I never ceased to be amazed at the bizarre methods some people use to make ends meet.

Take Lush Botanist who over the past 3 years has been making a living out of her propensity to flatulence. 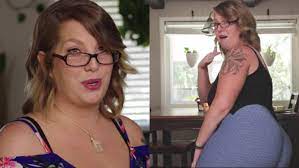 Based on recent reports of a gas shortage, and given free market forces she could be onto a winner!

Her services include everything from videos, showing her in action to jars and bottles filled to order; on request she even produces a kind of lollipop.

Apparently Lush is lactose intolerant which means that eating any dairy products, especially various cheeses such as parmesan and mozzarella can substantially help her to increase production levels.

Lush is convinced that her customers get a kick out of what she does. Adding that, “this is a lot like modern art and many people will say, “I could have done that.”

“But you didn’t though, did you?’ said Lush.

In the second hour of today’s programme I was joined by Margaret Mills for her regular book review.

This time around Margaret had chosen a heart stopping thriller, “HOSTAGE” by Claire Mackintosh.

The book involves not one, but two plots in one, involving the attempted hi-jacking of an inaugural 20-hour non-stop flight from London to Sydney coupled with an air hostess who’s estranged police officer husband and her adopted special needs daughter have simultaneously been taken hostage back in London.

Barely have they left the ground when the air-hostess receives a chilling note from an anonymous passenger, threatening her child’s life unless she agrees to act as an accomplice for ensuring the plane never reaches its destination.

Should she choose between her daughter and the lives of people on board the aircraft?

What can she do?

Listen here to Margaret’s take on the book and then consider whether you might want to add this one to your collection at home: –

Having mercifully landed safely on the ground, I hope to have the pleasure of your company again next Monday,
Scott