As we head steadily downhill into Autumn we took a look today at the lengths some people will go to in order to try to avoid getting a speeding ticket and we also reported on the strange case of the woman from Belgium being banned from visiting her local zoo.

But first we looked at the things some people will do to avoid being awarded a speeding fine.

Mind you it doesn’t always pan out as 67-year old company director, Timothy Hill from North Yorkshire, discovered to his cost.

He had gone so far as to fit a laser jammer to his flashy Range Rover.

Laser jammers, which surprise, surprise are illegal, work by sending bright flashes of infrared light towards a speed camera, making it impossible for the camera to take an accurate measurement of the speed at which a vehicle is being driven.

So armed, Mr Hill took things a stage further by making rude gestures at speed cameras as he sailed by. 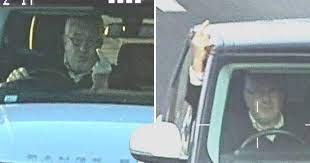 Somehow Mr Hill discovered that he was being investigated and so removed the jamming device from his car and threw it in a nearby river.

Unfortunately for him police tracked him down and although he initially claimed to have been 60 miles away at the time photographs of his rude gestures were taken, he was finally forced to confess possession of the jammer and that the pictures were indeed of him.

Although the jamming device prevented police from determining the speed at which he was travelling, it did not prevent him from being jailed for 8 months for possession of a jammer and flashing the finger at the cameras.

We then left Yorkshire and headed across the Channel to Belgium where a woman has been banned from a zoo in Belgium after claiming to be involved in an affair with a chimpanzee.

Adie Timmermans has been visiting Chita, a 38-year-old male chimpanzee who has lived at Antwerp Zoo in Belgium, for 30 years.

But during the past 4 years of daily visits to the zoo, Timmermans believes that she and Chita have forged a bond so strong that they now love one another. 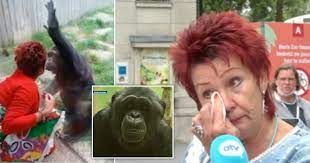 Speaking to regional news channel ATV, Timmermans said: “I love that animal and he loves me. I haven’t got anything else. Why do they want to take that away? I’ll just say, We’re having an affair.”

Antwerp Zoo stated that “An animal that is too focused on people is less respected by its peers and indeed Chita has already been excluded by other chimps in the group.”

Oh dear, what can you say?

On that note I’ll leave you but hope to see you again tomorrow,
Scott