Written by Stewart Pink in Drive👁 144 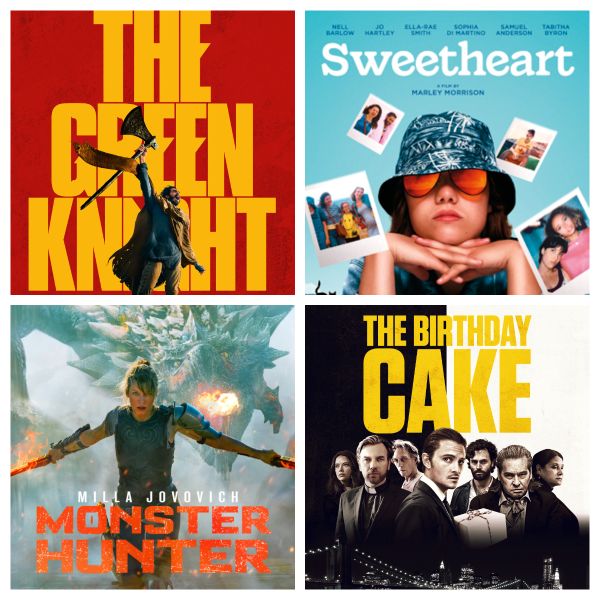 The Green Knight – Sir Gawain decapitates the Green Knight. A year later he must travel to the green castle to offer his head as retribution for his actions.

Monster Hunter – When Lt. Artemis and her loyal soldiers are transported to a new world, they engage in a desperate battle for survival against enormous enemies with incredible powers.

The Birthday Cake – On the 10th anniversary of his father’s death, Giovanni reluctantly accepts the task of bringing a cake to the home of his uncle, a mob boss, for a celebration. Just two hours into the night, Gio’s life is forever changed.

Gaia – An injured forest ranger on a routine mission is saved by two off-the-grid survivalists. What is initially a welcome rescue grows more suspicious as the son and his renegade father reveal a cultish devotion to the forest.