On what for me is a bonus edition of the show, we first took time out to look at the prospect of owning one of the most remote properties in England. 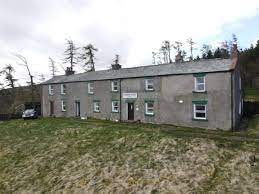 It has no mains electricity, phone or internet signals and visitors would need either to access the place on shank’s pony or by using 4X4.

It may not have mains electricity but it does boast solar panels which provide some power, and water comes from a spring which is heated using wood-burning stoves.

Skiddaw House, for that is its name, can be found 1550 feet up a mountain at Bassenthwaite, Keswick.

The property is surrounded by the Cumbrian moors, has no road link and the only way to get there is via a 3-mile cross country walk.

Don’t forget anything when going to the supermarket!

The six-bedroom property, built in 1829, was at one time used as a shooting cabin and a hikers’ refuge and is currently owned by a farmer who dubs it as the ‘ultimate, off-grid, escape from it all bolt-hole’.

The sale is being arranged by Mitchells Land Agency who’s company head, ANDREW WRIGHT, says that although to look at it’s quite a plain property – because it is on the side of a mountain, he still believes the sale will generate a lot of interest.

“It’s an exceptionally rare opportunity to purchase somewhere as remote and peaceful as this,” he said adding that “This is the only time the house has ever been sold on the open market since the property was built. It has only ever been sold before as part of a much larger farm.”

The bad news is that prospective purchasers will have to wait until 2027 to move in when the current youth hostel lease is up.

Oh and the price, it could be yours for £1.5m, which I would say is pretty much a steal looking at what you get for a similar price round here!

Later on we heard about the man caught shoplifting a pack of Viagra from a branch of Lloyds Pharmacy in March this year. 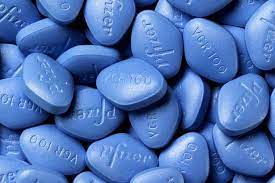 Some weeks before that staff at the shop had forestalled an earlier attempt by him to snaffle 4 boxes of Viagra and although they did not report the incident to police, banned him from the store, only for him to sneak back in 4 weeks later.

North Staffordshire Justice Centre, Prosecutor Karen Wright told the court police had discovered £10 worth of cannabis at Cooper’s property just eight days before he was caught in his latest attempt at shoplifting the Viagra.

During his subsequent interview with the police, Cooper admitted possession of the cannabis and that the Viagra tablets were for his own personal use.

He told he court that “He needed the Viagra to enable him to keep up with the young woman with whom he had recently formed the relationship.”

His defence lawyer admitted that he had “fallen off the wagon” but in spite of nicking the Viagra, he was not a hardened criminal!

Perhaps he needed more doses then!

On that note, I think I’ll depart swiftly via the nearest exit, but hope to see you again next week,
Scott