We all like a love story to have a happy ending, but sadly a romance we reported on last year seems to have run its course. 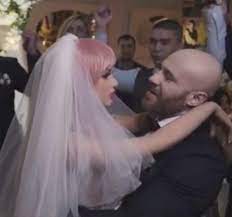 36-year old YURI TOLOCKO from Kazakhstan made headlines worldwide last November after he tied the knot with MARGO, an inflatable love doll at a ceremony attended by dozens of guests.

But the couple have now split up, as it seems that after a recent visit to a nightclub, YURI has now fallen madly in love – with an ashtray!

Following his devastating split from Margo he now hopes to equip the ashtray so they can further develop their relationship.

Said Yuri, “At first I just arranged a photoshoot with it. But then it began to attract me.”

“I wanted to touch it again, smell it. I love its brutal scent, the touch of metal on my skin. It’s really brutal.

“I also like that it has a story, that it’s not new, that it has served many people and continues to serve them.” 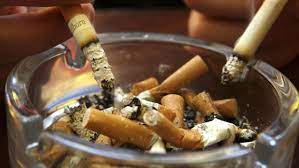 This is akin to how a violinist can love his violin which is 300 years old,” added YURI.

But it seems that if Yuri wants to form a partnership with the ashtray, he may need legal advice since under Kazakhstani law his marriage to Margo still stands.

It now seems that the romance with Margo may even have been on the rocks before the original marriage ceremony had even taken place, as apparently there was a lot of criticism about Margo’s appearance when she was first presented to the world. This we are now told resulted in Margo developing a complex, so much so that Yuri had decided to book her in for plastic surgery at a real clinic with real doctors.

You really couldn’t make it up, could you?

But making nothing up, I was joined in the second hour once more by Margaret Mills who took us on a second visit to the seaside.

Listen here to what Margaret had to say on this: –

Join me once again tomorrow,
Scott