Written by Stewart Pink in Drive👁 389 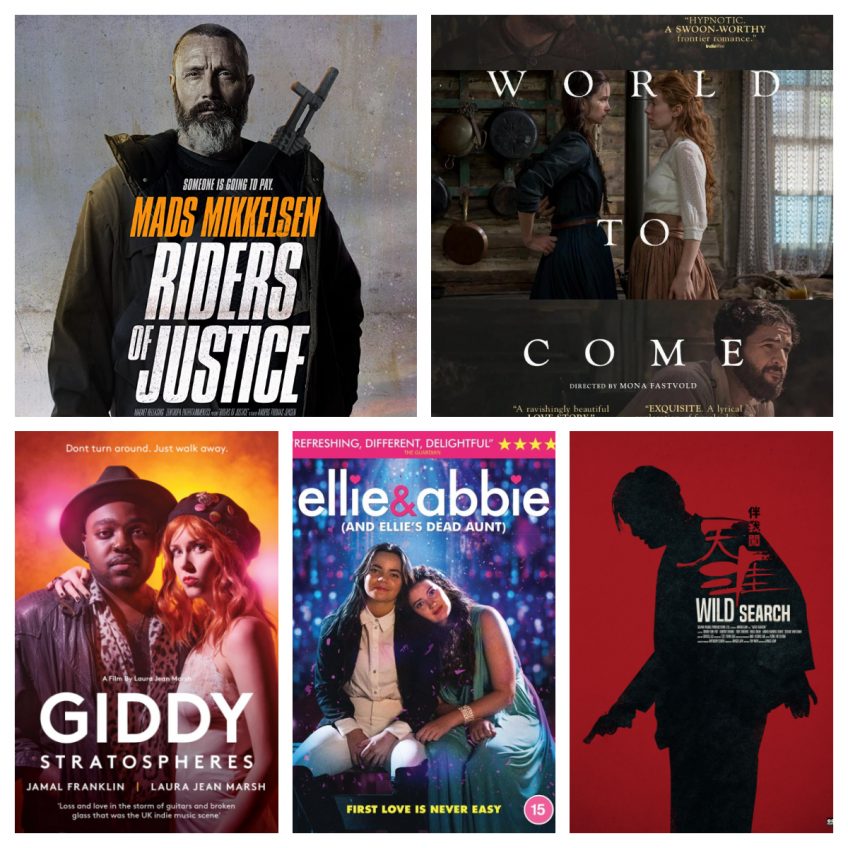 Riders of Justice – Markus goes home to his teenage daughter, Mathilde, when his wife dies in a tragic train accident. It seems like an accident until a mathematics geek, who was also a fellow passenger on the train, and his two colleagues show up.

The World To Come – Somewhere along the mid-19th century American East Coast frontier, two neighboring couples battle hardship and isolation, witnessed by a splendid yet testing landscape, challenging them both physically and psychologically

Ellie And Abbie (And Ellie’s Dead Aunt) – 17 year old Ellie is struggling to find the courage to ask her classmate, Abbie, to the formal. Luckily her Aunt Tara, a lesbian who died in the 80’s has shown up as a “Fairy Godmother” to dish out advice, whether Ellie wants it or not.

Wild Search – A police officer must look after a young girl.