Film Reviews: In The Heights, The Reason I Jump, Luca, Godzilla Vs Kong, Basic Instinct

Written by Stewart Pink in Drive👁 742 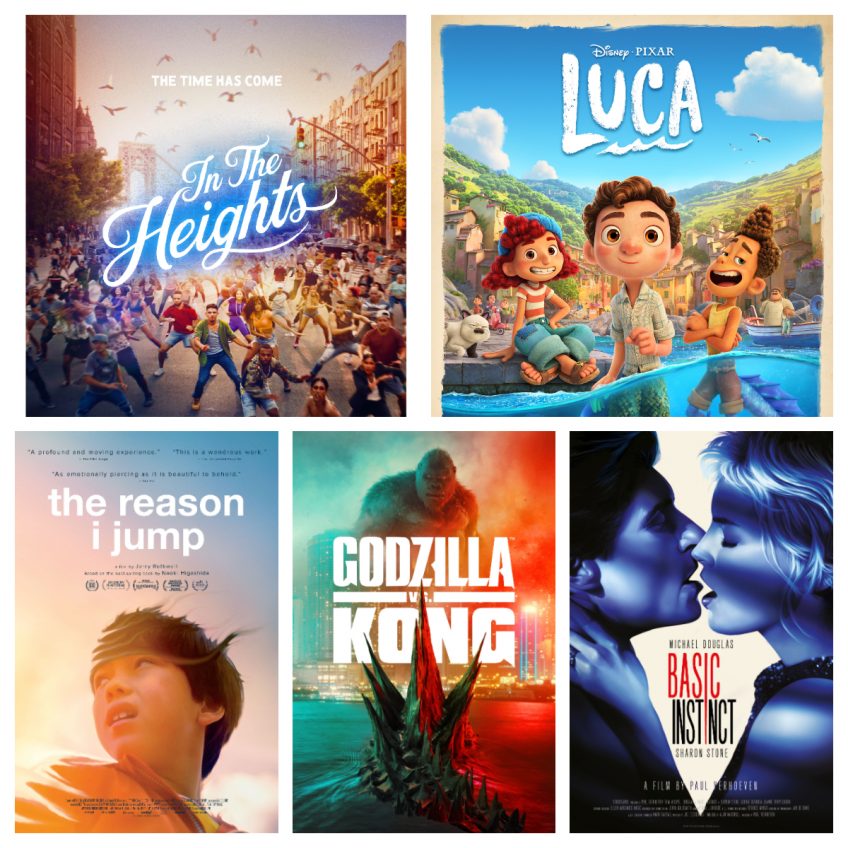 In The Heights – Usnavi, a sympathetic New York bodega owner, saves every penny every day as he imagines and sings about a better life.

The Reason I Jump – Based on the book by Naoki Higashida, this immersive film explores the experiences of non-speaking autistic people around the world.

Luca – On the Italian Riviera, an unlikely but strong friendship grows between a human being and a sea monster disguised as a human.

Godzilla Vs Kong – The epic next chapter in the cinematic Monsterverse pits two of the greatest icons in motion picture history against one another – the fearsome Godzilla and the mighty Kong – with humanity caught in the balance.

Basic Instinct – A violent police detective investigates a brutal murder that might involve a manipulative and seductive novelist.