Brentwood Budget for 2021/22 – the response from the opposition 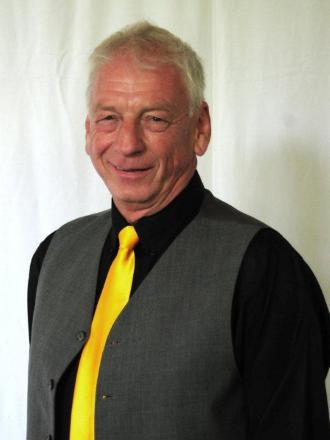 Leader of the Opposition Parties on Brentwood Borough Council, Cllr Barry Aspinell, has responded to the budget set last night:

My Group would like to state that we have not wasted valuable officer time in submitting an alternative budget or indeed tinkering with amendments. Should our status change in May we would look to work within this budget – until we’ve set our own.

We would also state that we agree with keeping Council Tax to the recommended 0% increase. At the current time, this is the very least we can do for our residents, especially those who have faced unexpected financial challenges through no fault of their own. We request a separate vote relating to that part of the Agenda.

We would also like to take this opportunity to remind the Conservative administration why we will not be supporting their budget.

It seems that Conservative Party ideas nationally, at County level and locally are similar in certain respects and all have a bearing on our budget. Worryingly none of these three levels of authority appear to be serious in addressing climate change, undoubtedly the single most important issue that is threatening our future.

Great play was made when announcing the introduction of a Climate Change Commission only to subsequently discover that this body effectively had no teeth whatsoever and planning officers have no power, under the law, to insist on climate change initiatives being included in applications before them.

We have put forward Motions for deliberation at both County and Borough levels which go some small way towards addressing climate issues but these have either been agreed at council meeting level, with no further commitment taking effect, or simply dismissed at the presentation stage. This lack of interest is disappointing, more so when our local Tory administration, whilst declaring their commitment to green initiatives, have little, or no tangible evidence to show for it.

Additionally, we cannot overlook the disastrous affect on our town of Government legislation in allowing office blocks to be redeveloped into residential homes under permitted development rights. As a result, we have potentially lost millions of pounds of S106 monies desperately needed to support the infrastructure required for the additional schools , doctor’s surgery places and highway improvements to address the additional vehicle journeys new residents will generate.

Local authorities do have the power to control office conversions under Article 4 Directives, but despite the Lib Dem Group’s requests for such Directives to be placed on the recently vacated Ford’s building and others within the borough, they have either been ignored or considered unworthy of progression. Yet another opportunity to do the best for our residents has been missed courtesy of Conservative legislation and inaction.

The Lib Dem Group have, over the past year, made constructive efforts to put forward ideas for the enhancement of the Council’s budget and to highlight deficiencies contained within those Conservative proposals where we believe an impact ranging from negative, up to a catastrophic outcome could result if approved. In this respect, we welcome the Council’s recent change of direction in seeking local acquisitions to not only bolster our future finances, but to strengthen opportunities for our local workforce.

We strongly believe that this approach is more risk adverse than chasing opportunities located outside the Borough, especially where the perceived benefits are far outweighed by the high level of financial risk attached. Such acquisitions, whilst looking attractive at first sight, are fraught with risks well beyond the capability of a local authority, or the understanding of many of those tasked on voting for such proposals.

Thankfully, the Government has recognised a pattern of excessive, uncontrolled risk being taken by local authorities, some of whom have now declared themselves bankrupt and, as a result, has amended regulations governing the types of investment that can, and cannot be entered into. To our relief, this action alone has, very recently, prevented the Tory administration, shamefully supported by Labour members, from committing Brentwood residents to a potentially disastrous, long-term financial burden.

We must explore seriously, sensibly and most importantly responsibly, those initiatives that can benefit our town through the promotion of economic growth and the much needed income generation essential for the continuation of our services.

However it may be that the aspirations of our Tory administration and their Labour member supporters need to rethink our involvement with the Association of South Essex Local Authorities. This highly publicised (although not altogether transparent) initiative sought to combine Basildon, Brentwood, Castle Point, Rochford and Southend-on-Sea, as a mega-authority with ambitions of transforming the South Essex region into an economic power house. Much resource has been wasted on this unwanted project and following the recent announcement that Basildon and Thurrock Councils have changed their minds and now want to form an enlarged unitary authority together, we say, we must concentrate our efforts on our residents living in our borough.

Turning to the future Madam Deputy Mayor, we would like to remind this Council of Lib Dem initiatives that have been put forward.

Some seven years ago, we had the forethought to put forward suggestions that the formation of a Local Authority Trading Company be created. This was dismissed, even ridiculed, regularly by the Conservative administration under the guise that local authorities should not dabble in such things. One Tory councillor even commented that it was something that should be administered within the private sector only and that the suggestion was almost communistic in its approach! However, SAIL was formed, albeit very late in the day, and this has resulted in the Council being able to show a balanced set of accounts. Without the benefit of this vehicle it would have been extremely difficult to bridge our funding gap. We had also suggested that the Council should look within the Borough for land acquisitions so that opportunities were given to our residents for local employment resulting in monies being spent within our borough benefiting our Council.

Going forward we would like to see a strategy that will support our Town Centre, our residents and our new homes requirement.

We would like to see the Baytree Centre refurbished, as proposed. We would then wish to secure the William Hunter Way car park as a car park to support that refurbished and re-energised High Street and would demand the Council seek possession of the Wates Way site for the provision of most of the homes previously identified by the Conservatives on our town centre car parks.

Robbing Peter to pay Paul has run its time in Brentwood – our residents deserve better.