Written by Paul Golder in In The Papers👁 265 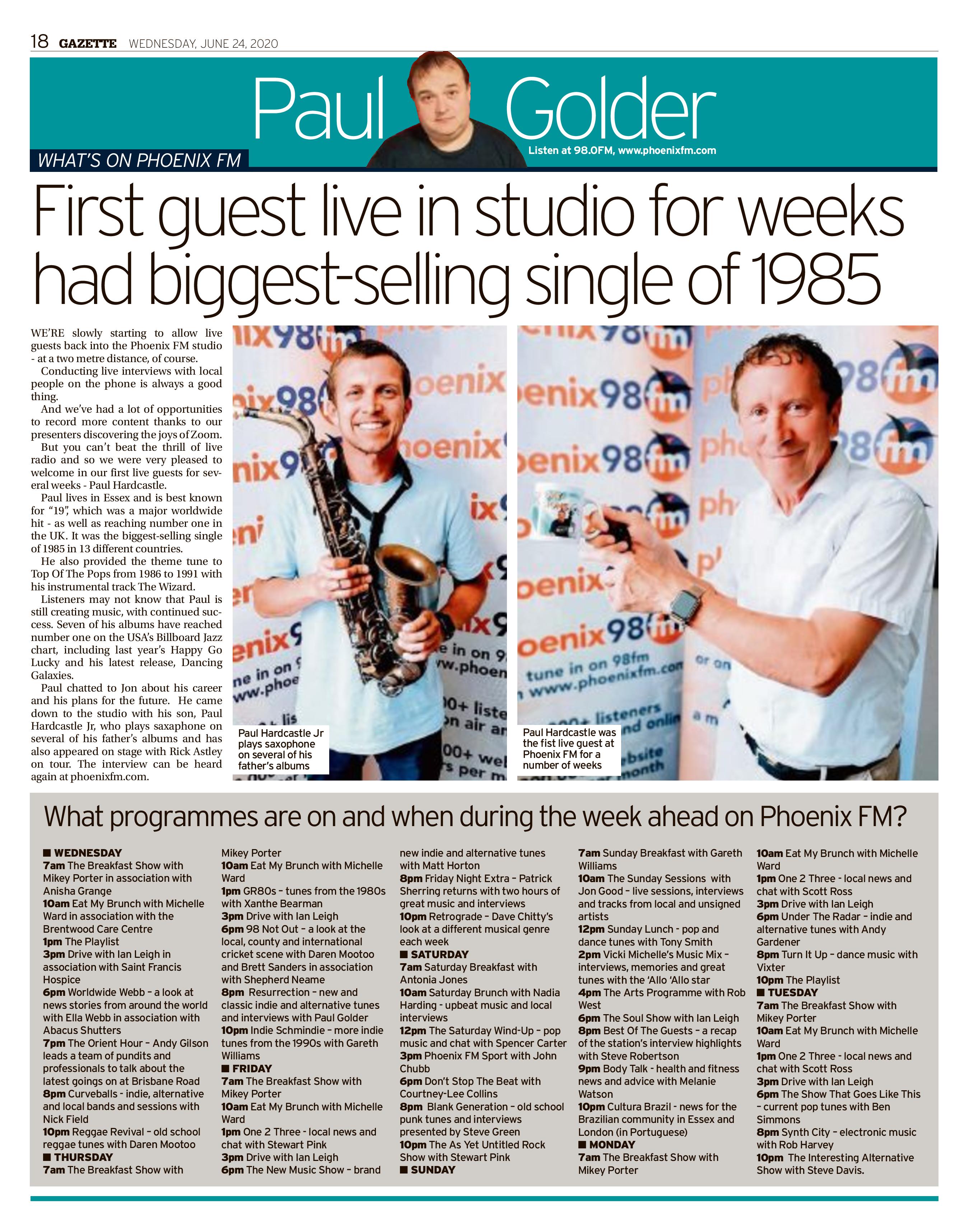 We’re slowly starting to allow live guests back into the Phoenix FM studio – at a two metre distance, of course!

Conducting live interviews with local people on the phone is always a good thing and we’ve had a lot of opportunities to record more content thanks to our presenters discovering the joys of Zoom.

But you can’t beat the thrill of live radio and so we were very pleased to welcome in our first live guests for several weeks – Paul Hardcastle.

Paul lives in Essex and is best known for “19”, which was a major worldwide hit – as well as reaching no 1 in the UK, it was the biggest-selling single of 1985 in 13 different countries.

He also provided the theme tune to Top Of The Pops from 1986 to 1991 with his instrumental track “The Wizard”.

Listeners may not know that Paul is still creating music – with continued success. Seven of his albums have reached no 1 on the USA’s Billboard Jazz chart – including last year’s Happy Go Lucky and his latest release, Dancing Galaxies.

Paul chatted to Jon about his career and his plans for the future. He came down to the studio with his son, Paul Hardcastle Jr, who plays saxaphone on several of his father’s albums and has also appeared on stage with Rick Astley on tour.

The interview can be heard again at phoenixfm.com.