Antonia is happy to give you a wake-up call

Written by Paul Golder in In The Papers👁 273 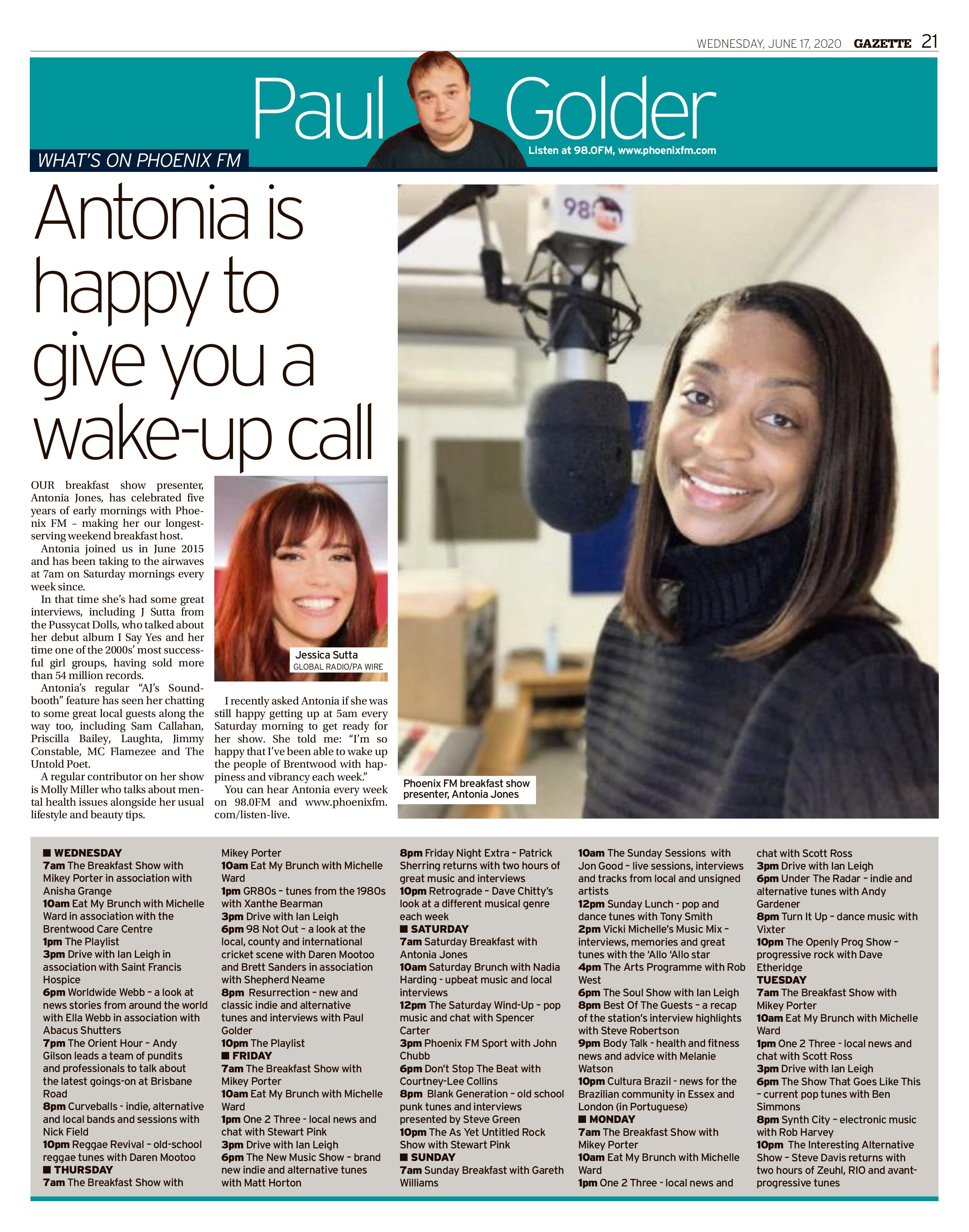 Antonia joined us in June 2015 and has been taking to the airwaves at 7am on Saturday mornings every week since.

In that time she’s had some great interviews including J Sutta from the Pussycat Dolls, who talked about her debut album I Say Yes and her time one of the 2000s’ most successful girl groups, having sold more than 54 million records.

Antonia’s regular “AJ’s Soundbooth” feature has seen her chatting to some great local guests along the way too, including Sam Callahan, Priscilla Bailey, Laughta, Jimmy Constable, MC Flamezee and The Untold Poet.

A regular contributor on her show is Molly Miller who talks about mental health issues alongside her usual lifestyle and beauty tips.

I recently asked Antonia if she was still happy getting up at 5am every Saturday morning to get ready for her show! She told me: “I’m so happy that I’ve been able to wake up the people of Brentwood with happiness and vibrancy each week.”

You can hear Antonia every week on 98.0FM and www.phoenixfm.com/listen-live.