Written by Chay Appleyard in 50 Shades Of Chay👁 202


This week I had my annual quiz final with the three highest scoring contestants over the course of the year. 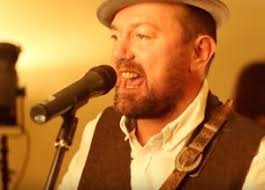 It was John Paul Elliot who was the runaway winner. He is the first person to win the quiz for the second time. Not bad for someone who won only one other thing in his life – and that is the “Best Young Engineer In Scotland” award! Impressive stuff.

These are the songs played on the show this week.