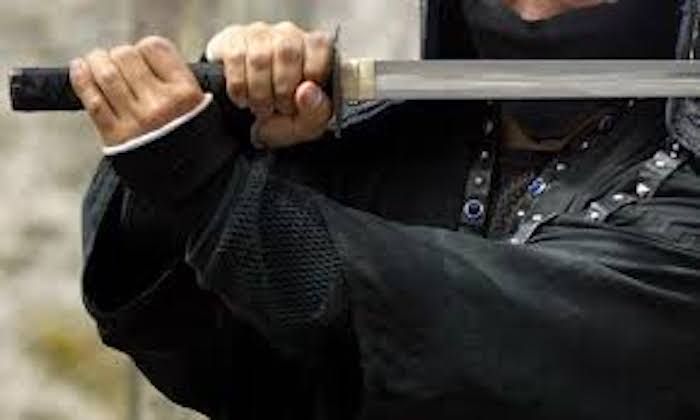 Today we reported on the man who’s really looking to ensure that there will be no turning back from his divorce.

Incredibly he’s asked the judge hearing the case to agree that he can settle things directly with his ex wife, Bridgette, or someone she elects, once and for all, by fighting a duel using Japanese Samurai Swords.

In his filing he has also asked the judge to grant a 12 week delay, to give him time to find the swords!

40-year old David Ostrom from Paola, Kansas pointed out that in 2016 the Supreme Court in New York had confirmed that fighting a duel is apparently legal under Federal Law.

Mr Ostrom says he wants to settle things ‘on the field of battle where (he) will rend their souls from their corporal bodies’.

His ex wife’s lawyer, Matthew Hudson, has responded saying, ‘Surely (Ostrom) meant ‘corporeal’ bodies which Merriam Webster defines as having, consisting of, or relating to, a physical material body. Although (Ostrom) and potential combatant do have souls to be rended, they respectfully request that the court not order this done.’

He asked that the court order that Ostrom should have psychological treatment.

In response, Ostrom admitted the spelling mistake but said he didn’t have any mental health problems.

Iowa District Court has not yet ruled on the motions. The ruling is awaited with baited breath!

Being a Tuesday I was once again delighted to welcome back Margaret Mills who took us back to the coaching days of old, before the arrival of the railways.

If you missed out, or would just like to hear what Margaret told me today, you can catch it all again here: –