I want to be free!


On today’s show we reported on the cat that broke into jail. 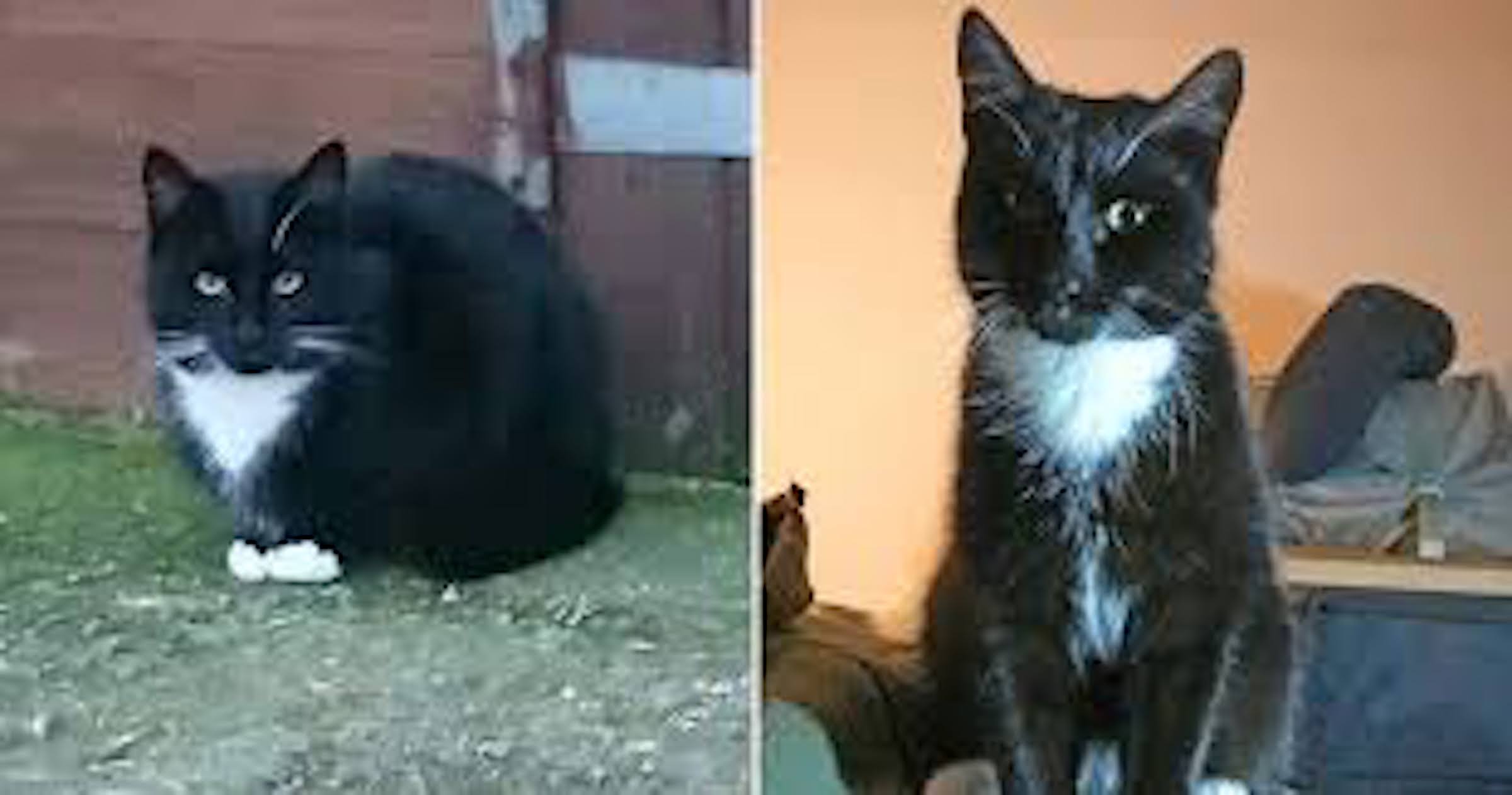 Incredibly a cat named PADFOOT had to be rescued after he was found stuck atop a 25 foot razor wire fence at HM Prison, Haverigg in Cumbria.

The animal was spotted by inmates and staff perched precariously on the razor wire fence, but no one has any idea how it got there in the first place.

RSPCA officials had to use ladders and a rescue pole to bring him back to terra firma.

RSPCA official, Martyn Fletcher said, ‘He nearly fell three times but managed to grasp the wire and pull himself to safety. The poor cat was very scared and reluctant to be rescued. It took a lot of patience, some ladders and a rescue pole to be able to bring him to safety.”

Following his release from jail Padfoot was treated for minor injuries and re-united with his owner, Angela Driver Swales, in time for Christmas.

Apparently he’d been missing for 4 or 5 days, but as he’d done this previously and always returned, she hadn’t been too concerned.

Well now you know where to look next time!

For the past 3 years, all we seem to have heard about has been BREXIT – but now we have MEGXIT. 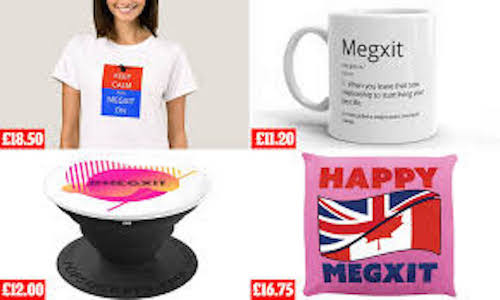 Yes, this is apparently the name that is now being used to describe the recently announced decision by Prince Harry and Meghan Markle to step back from their royal roles.

And to mark the event it seems that people are cashing in by launching a range of souvenir MEGXIT themed merchandise.

There are already over 250 items to choose from including t-shirts, cushions, and mugs which have now gone on sale on websites like ETSY, AMAZON, REDBUBBLE and ZAZZLE. 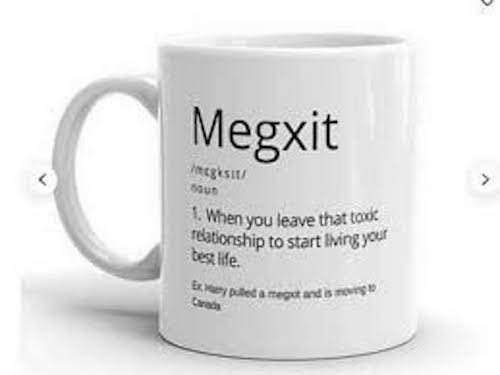 The mug offered by MOONSICALSTUDUIOS sells for £11.18 + p&p

T-shirts feature slogans like “KEEP CALM AND MEGXIT ON”, whilst another proclaims  “I DON’T WANT MY GRANDMA TO CONTROL MY SOCIAL MEDIA EITHER #SUPPORTHARRY.”

Prices range from £14-£20 depending on the design.

Don’t miss out these could be the collectors’ items of the future!