A bus hold up with a difference! 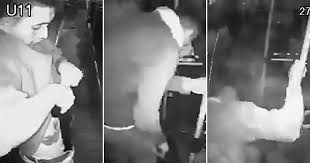 We reported today on an attempted robbery of passengers on a city bus in Mexico.

It seems that two men boarded the bus together but shortly afterwards one of them attempted to remove an assault rifle stuffed down his jeans.

But when it got caught on his T-shirt, the gun went off loosing off a fusillade of shots into the roof and catapulting the gunman onto the floor of the vehicle.

Following the failure of this botched robbery both men got off at the next stop with the injured gunman appearing disoriented.

Police have so far failed to identify either of the alleged assailants and investigations are ongoing.

Being a Tuesday, Margaret Mills returned and this week was looking at, what is often referred to as “ESSEX GOLD”.

It is in fact the oyster trade which is centred around the areas close to Maldon and Colchester.

Listen again here to what Margaret had to say on this subject today: –