Can you say “Father Christmas” or must it be “Santa Claus”? 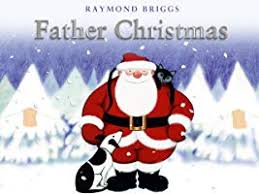 A woman who was discussing the Raymond Briggs book, “FATHER CHRISTMAS” on FACEBOOK has come under criticism for using the book’s name as written.

She was promptly slapped down and and told that the preferred term for many parents these days, was the gender neutral – “SANTA CLAUS”.

The woman says she has been left confused and on edge by the jibe and that as the mother of a young son, she is anxious not raise him using the words FATHER CHRISTMAS if it is hurtful to others.

I know what I’d say in response!

But just for the record Santa Claus is based on St Nicholas, a fourth century bishop who lived in what is now Turkey. He was a very wealthy man and used that money to help the poor and give secret gifts to people.

The interpretations of him have changed over the centuries, but always with the theme of generosity. France and Italy use Pere Noel and Babbo Natale respectively and both follow the British masculine model. 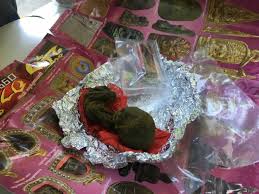 Meanwhile from another part of the world comes the story of police being called to Bangkok airport when it was thought that the body of a human baby had been discovered in a package being sent to an address in Florida.

It was a in fact a 10-inch-long figure made from dark brown resin with a letter describing it as a ‘ghost ritual voodoo doll’ for use in black magic ceremonies.

It came complete with instructions for the user to keep the charm close which would guarantee to prevent misfortune keep evil at bay.

The intended recipient, a Mr Ronald Leake may now be disappointed but as the object is prohibited from being sent in the post internationally, it has now been returned to the sender. Police said that whilst sending amulets out of Thailand is allowed, they cannot be in the form of a dead baby..

See you again tomorrow for our final show before Christmas,
Scott