Would you be happy sitting next to a horse on a plane? 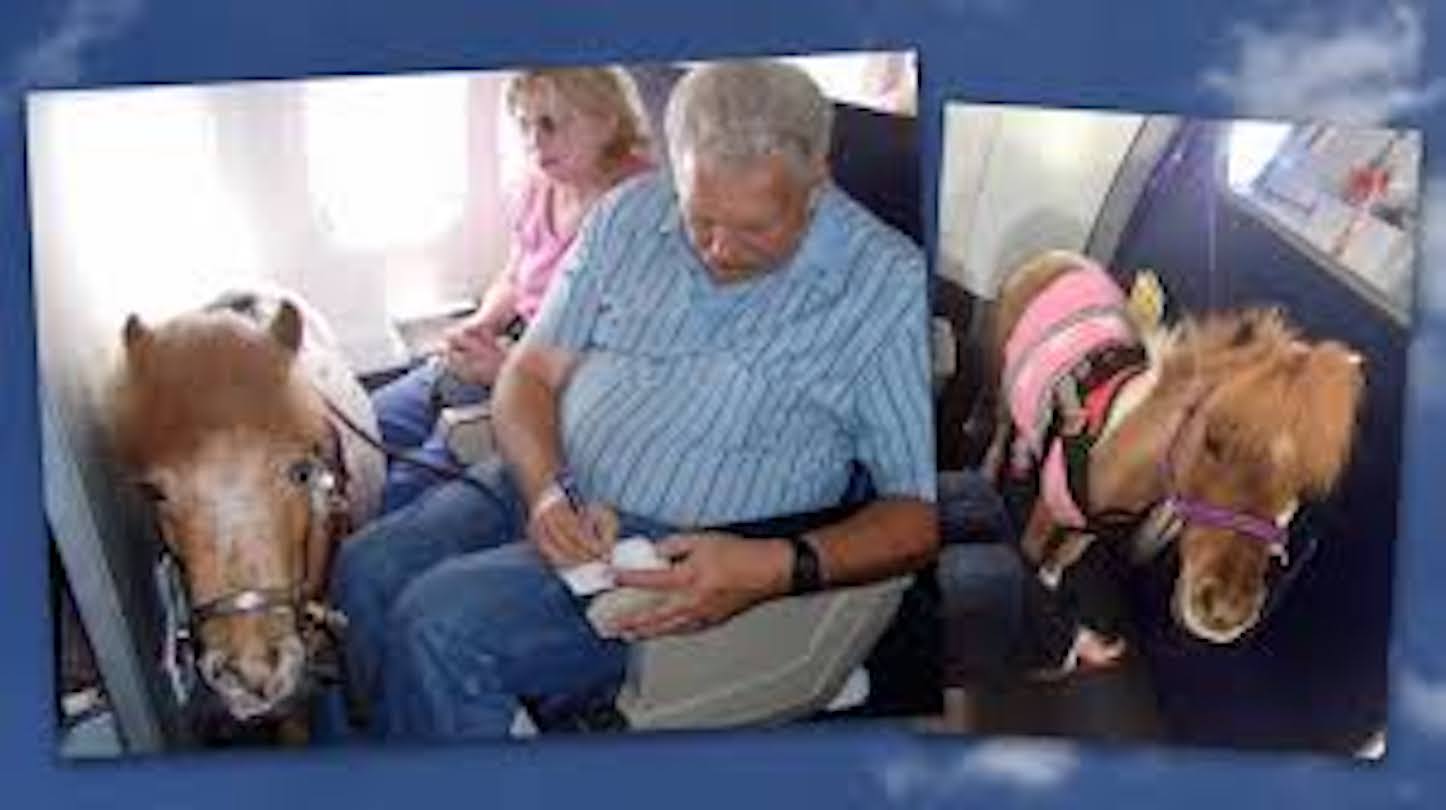 Now it seems incredible to me that if one of your fellow passengers on a flight suffers a nut allergy, that the airline may be forced into preventing other passengers taking any nut related product on board, but how would you feel if you found yourself sitting next to a miniature pony?

Well it seems that earlier this year guidelines issued by AMERICAN AIRLINES now allows people to take “designated service animals” on board their flights.

Whilst some positive comments were offered – one prospective passenger saying “I would pay extra to sit next to a well behaved, clean service animal on a plane rather than a human.

And another said: “It would make my day if I encountered a miniature horse on my flight!”

However someone else said, “I get it if it’s a service animal but where do they go potty?”

Another more critical comment asked how a pony would cope in the event of an emergency.

“Can that thing go down the emergency slide without hesitation?”

Being a Tuesday, I was joined as usual by Margaret Mills who’s subject today was a pair of Essex horticulturists from Ongar – brothers Henry and Edward Doubleday.

Listen here to learn more on this subject: –