Could this be the stuff of nightmares?


In the first hour of today’s show we heard about the nightmare suffered by the owner of her car, when her dog leapt into the driving seat and assumed full control. 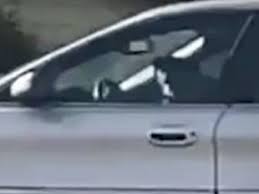 Yes, after the owner of a grey sedan car briefly stepped out of her vehicle, her black labrador, Max promptly jumped into the driving seat and accidentally engaged reverse gear.

As a result, for the next hour the vehicle careered round in circles, demolishing both a rubbish bin and postbox.

Unable to get into the locked car, the owner called for assistance from police who unsuccessfully tried to gain access using a spare key fob, only to find that the battery was flat. Running round in circles and trying to keep pace with the car, they eventually managed to open the door by entering a code into a keypad on the driver’s side door.

Neighbour, Anna Sabol said she thought they should give the dog a licence to drive as he was better than a lot of human drivers she’d seen, adding that he was doing pretty well til he collided with the mailbox.

Indeed the dog emerged totally unfazed by the experience, healthy, happy and wagging his tail. 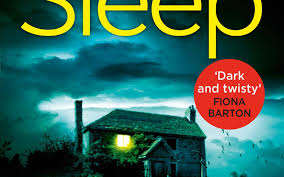 Talking about nightmares, for her book choice this month, Margaret Mills picked a psychological thriller – THE SLEEP by C L TAYLOR.

If the reviews are anything to go by this could be a book destined to give you nightmares.

Set on the remote Scottish island, called RUM, the book involves a girl called ANNA who takes a job as a hotel receptionist, but what started as a retreat from the world turns into a deadly nightmare.

Listen out here to what Margaret had to say on this book and then decide if it’s one to add to your booklist for Christmas reading: –