Steve Hackett takes a pause from his set to relate a funny story from a recent Meet and Greet. “I’m glad I got to see you before you die”, he was told.

I can’t be the only person in the audience tonight thinking that could be a while yet. For a guitarist who joined Genesis aged 20 at the end of 1970, Steve has shown some amazing energy and resilience over the last few years, recording and releasing three albums over the last five years (the last two of which, The Night Siren and At The Edge Of Light, reaching the UK top 30), touring constantly and taking part in endless collaborations too. People 20 years younger aren’t thinking “I hope I’m like that in 20 years’ time” – they’re wishing they had that much energy now! 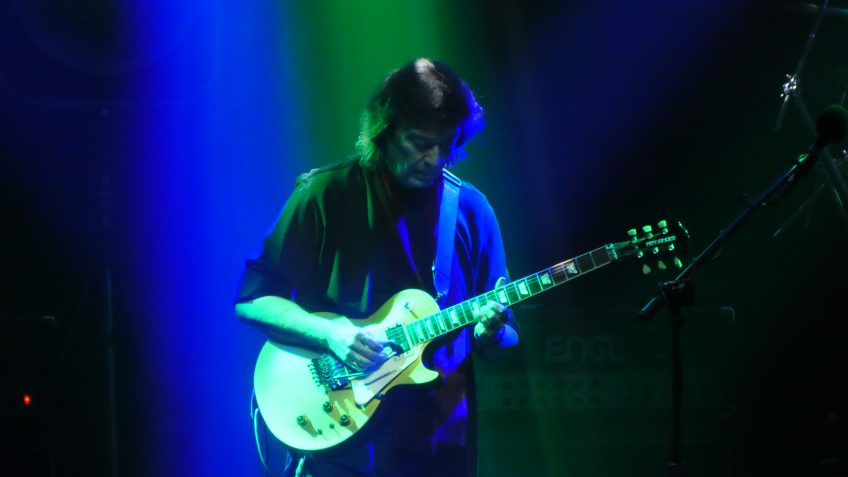 I’m at the latest Hackett gig at the Cliffs Pavilion in Southend. I go to a lot of gigs in Southend and having its unenviable position of being on the edge of the world, it can be a tricky place to sell out. Steve manages to do it every year – it’s the third time I’ve seen him here in the last few years.

Luckily every Hackett tour brings a completely different set of songs, as he has not only his 25 solo studio albums to choose from but the six classic Genesis albums that he appeared on, too. Tonight’s show starts with an hour-long solo set, based mostly around his third solo album Spectral Mornings, which is celebrating its 40th anniversary this year. It was good to hear tracks like Tigermoth and Clocks – The Angel Of Mons on such a live stage for the first time; it’s easy to forget what wealth of songs he has behind him. 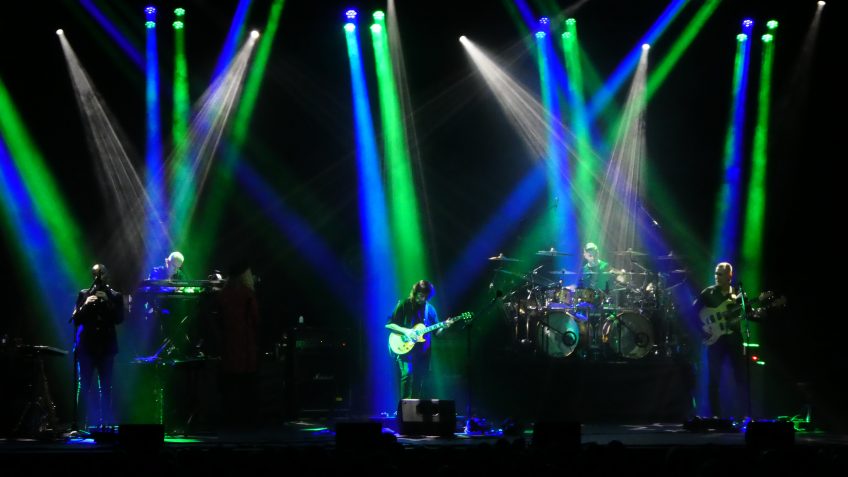 Part two of tonight’s show was a complete run-through of the 1973 Genesis album Selling England By The Pound. As ever, Steve was note-perfect on the guitar, his band behind him were as tight as ever and singer Nad Sylvan continues to add a Peter Gabriel-like quality to the songs, making the whole show sounding closer to mid-70s Genesis than you would think possible.

The UK leg of the tour is now over but Steve will be taking it to the USA and Canada in February and March, with the tour moving on to Australia and New Zealand in May. In the meantime you can catch Steve with an acoustic show at Trading Boundaries in Uckfield, Sussex on 7 and 8 December.

Steve’s next major tour has already been announced too – a new Genesis Revisited tour, “Seconds Out + More!”, kicks off in November 2020 with Steve playing some of the venues Genesis played on the original 1977 tour. There will also be additional material, including Steve’s solo concert favourite The Steppes to celebrate the 40th birthday of his fourth solo album Defector. Visit hackettsongs.com for more details. 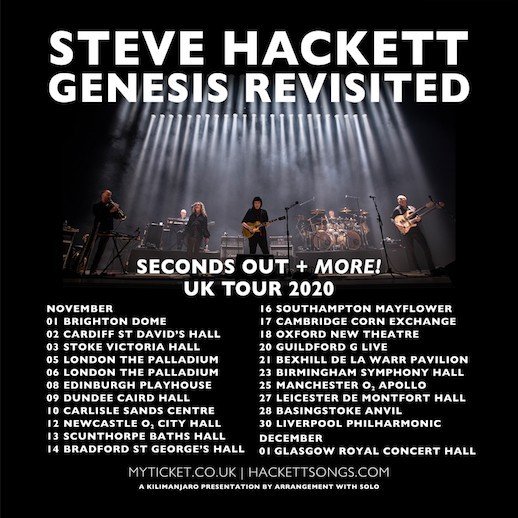