What do you think about British justice? 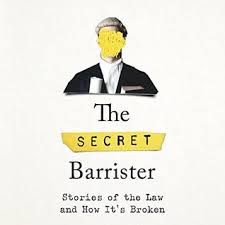 I was joined today by Margaret Mills for her monthly book review.

This month Margaret had chosen a somewhat unusual title – and unusual in more ways than one, in that the author is anonymous. Indeed it is not impossible that more than one writer is involved.

The book is called The Secret Barrister: Stories of the Law and How It’s Broken.

Now I think we can all agree that we’re very fortunate to live in a free country enjoying a free democratically elected multi-party democracy that operates within the framework of a constitutional monarchy with an independent judiciary.

But the whole can only work provided we all accept the rule of law.

I suspect that most of us believe that British justice is the paradigm by which all other systems should be judged – but is that really the case?

The book is actually quite scary as it suggests that all is far from well and that the courts are often falling short of citizens should have a right to expect.

The book asserts that annually thousands of people are convicted of crimes by magistrates whose qualification for dispensing justice is filling out a form, passing an interview, doing some charity work and being willing to sit for 13 days a year, with 18 hours’ worth of training, that relevant evidence has sometimes been witheld by police and that whole areas of law, including family, housing, immigration, debt and employment, have been taken outside the realm of publicly funded legal representation, leaving some of the most vulnerable people at the mercy of a system that is designed to be incomprehensible to even the most highly educated lay person.

All this in spite of the efforts of hundreds of hardworking, dedicated professionals toiling in near impossible conditions.

So is this a book that should command your attention? Listen here to Margaret’s view on this title: –

If you are interested, The Secret Barrister: Stories of the Law and How It’s Broken is published by Macmillan and is priced from £16:99.

One man who might want to consider dipping into this work is the man we heard about in the first hour of today’s programme, who turned up to his driving test in Birmingham in a stolen car which, furthermore he had driven to the test centre unsupervised! 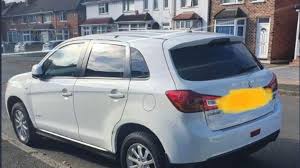 It is believed that he will now be banned from holding a driving licence – pretty academic given the circumstances, I would have thought, however theoretically he could still legally sit and pass his test before his day in court.