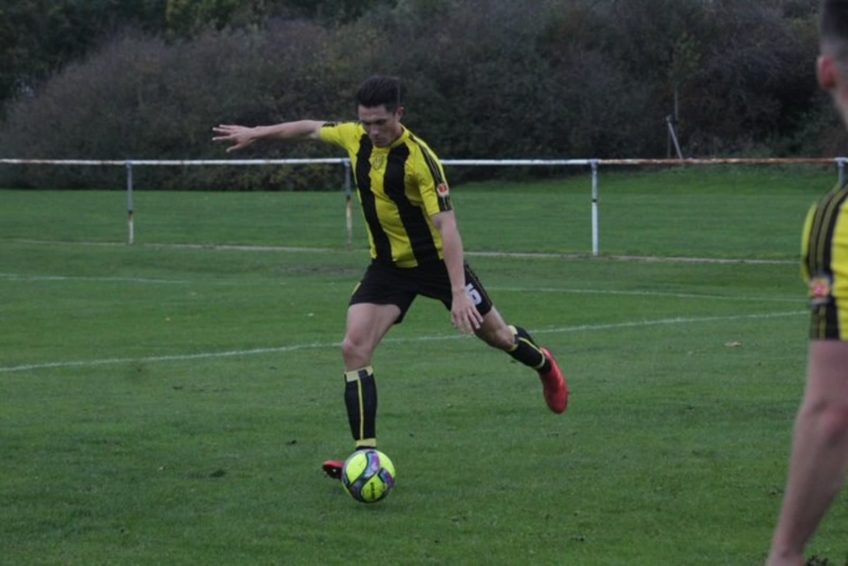 The Airportmen are into the 3rd Round after a gritty performance that was won by a Ryan Ramsey goal right on the stroke of half-time.

Walthamstow are out of the FA Vase after being unsettled by a mixture of Uckfield’s dark art tactics and sharp shooting. Stow took the lead in the 10th minute, with Ollie Fortune the scorer. Dan Okosie, an ex-Walthamstow youth player, came back to haunt his former club as he scored the goal that launched the Uckfield revival in the 50th minute. Five minutes later and the visitors were in the lead, Ellis Cormack providing that goal. And in the 72nd minute Richie Welch then extended that lead. Stow were able to pull one back through Gebrai Samrai in the 79th minute but the visitors were able to frustrate their hosts for the closing ten minutes to take the win.

It’s a point apiece as the game at Chalk Lane ended in a 1-1 draw. A surging Hoddesdon move in the 37th minute saw them take the lead, with Joss Lillis supplying the finish. But the hosts were able to grab a share of the spoils as Billy Murray provided the leveller deep in second half stoppage time. Hoddesdon now sit 7th, one place above Cockfosters with goal difference the deciding factor as both have twenty points.

Hadley take their unbeaten run to eight, which includes five wins on the spin after a a Luke Jupp brace plus a goal from Solomon Ofori saw them beat Woodford Town 3-0. The Bricks had to use two keepers as Luke Ward had to be replaced by Rhys Shirley-Clarke, but both were able to keep the Woods out on route to a clean sheet and a shut-out. Hadley remain 4th but have games in hand on the top two.

Ilford made it two wins from their last two as they beat Enfield 3-1 at Cricklefield. Tela Trivelato opened the scoring for the Foxes in the 11th minute, but it took until the 74th minute before Ilford were looking home and dry. Ikechi Eze provided that goal, but Matt Frew then pulled one back for the E’s in the 85th minute. Trivelato then took the game beyond any doubt when he notched his second a minute from time to hand Ilford a win that moves them up a place to 16th. Enfield meanwhile slip down one place to 13th.

There was a sudden change in manager as Manor replaced Michael Walther with Craig Waters in midweek. His players responded instantly ekeing out a slender 1-0 win over fellow strugglers Clapton; Michael Ogboin providing the all-important goal that moves Southend Manor up to 17th. The 18th position meanwhile is occupied by the Tons.

Resolute defending and two goals in the space of a minute saw leaders Hashtag United stunned by Sporting Bengal United. Bobby Redwood tapped-in from close range to give Bengal the lead in the 30th minute. And a minute later Steven Carvell drilled a shot into the top left-hand corner to have Mile End Stadium buzzing. Ross Gleed was able to cut arrears with a superb free kick, but the hosts dug in and got the win that ends their four game losing streak, now sitting 9th as a result. Hashtag’s ten game winning run may have been snapped but they still lead the table.

Tower Hamlets move up to 12th after a handy away victory at St Margaretsbury. Ben Brooker fired Hamlets into the lead in the 10th minute. The hosts were level on the half hour with Kyle Roberts providing the goal. But Suaibo Balde notched for Hamlets on the stroke of half-time, and they went on to hold on to capture all the points. St Margaretsbury slip down to 10th after this result.

It was a bad afternoon as far as West Essex were concerned. The goal provided by Brad Russell a mere consolation as visitors Takeley put aside their recent drop in form, which had seen them lose three league games in succession, with a morale-boosting 5-1 win on the road. Jason Todd opened the Takeley account in the 23rd minute and three minutes later Mitchell Das was joining him on the score sheet. Bryn Thorpe added a third in the 40th minute, with Charncey Dash adding a fourth to give Takeley a 4-1 half-time lead. Michael Castle wrapped things up in the 72nd minute with the three points moving Takeley up to 5th. West Essex meanwhile drop down a place to 6th.