Redbridge Breeze Into Next Round Of Errington Challenge Cup 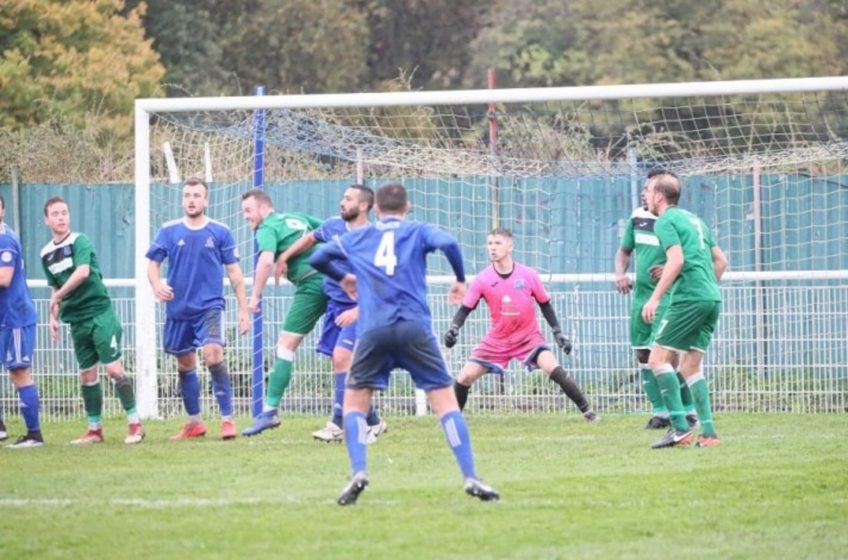 Redbridge sailed into the next round after a dominate performance against Enfield which could have ended up with an even more emphatic victory had the hosts been a bit more lethal in front of goal.

The game started as the rain came down, which put a dampener on things as both teams struggled to adapt to the conditions. The game may have been end-to-end in the fact that the ball was being played forward but final balls into either box lacked quality. As a result the only chance of note in the opening quarter of an hour when Redbridge broke free, placed a ball across Enfield’s six-yard box which Jordayne Henry nearly connected with at the back post.

However Redbridge then took the lead in the 20th minute after Jack Blackledge harassed Darnell Shakes, and then having won the ball put over a quality cross into the six-yard box: all Tony Martin had to do was then finish the job off with a side-foot from close range.

Redbridge having taken the lead then had another go with Tom Harvey having a low drive saved by Jordan Stansbury. But Enfield then finally managed to get a dangerous looking high ball into Redbridge’s box; Daniel Chambers the intended target almost connected but Eamon Payne put his body on the line to first block and then clear the ball. The E’s came close to equalising in the 27th minute when Chris Gormley placed a header over the bar.

The Motormen had more possession without really testing Stansbury, although a cross from Harvey to Tombides did require the Enfield keeper to show quick reflexes as he got down and snatched the ball off Tombides feet. Meanwhile Jake Larkins finally had a save to make in the 39th minute when Joe Pattison rifled a shot that was straight at him.

However the E’s nearly equalised in the final minute of the half when Ronnie Ledwith fired a shot across Redbridge’s goal, which just went the wrong side of the post with Gormley also just inches away from making a connection as well. It was a lucky escape for the hosts but then to add a bit of insult they then went up the other end and doubled their lead as Taylor Tombides blazed a shot past Stansbury to see his side two-goals to the good and in control at the break.

The game had started to come to life just as the half-time whistle went and it didn’t take long for Redbridge to create more chances early in the second half. Henry was able to latch onto a ball and poked it wide, then Martin fired another shot wide soon afterwards.

However Ben Bradbury, who had played for Redbridge when they had that great run to the 2nd Round of the FA Cup in 2011/12, almost came back to haunt his former side when an Alfie Cleal throw-in alluded Larkins but the Enfield skipper just failed to make a connection.

Redbridge almost extended their lead on the hour when good approach play saw Daniel Gilchrist play a final ball into the path of Henry whose shot was just inches wide. Then James Barlow played in Gilchrist requiring Ledmith to make the block before hooking the ball clear.

Enfield did manage to create a chance in the 67th minute when Nana Asamoah, who had been brought off the subs bench only moment before, had a shot deflected away for a corner. The E’s then crafted another opportunity two minutes later when an intial chot from Chambers was spilled by Larkins, with Asamoah then having a second bite on the rebound which was blocked by Harvey Brown.

It soon returned to how the rest of the half had been, namely Redbridge having the lion’s share of possession as Barlow had a shot saved by Stansbury; then Martin stroked a shot wide, before having another shot tipped round the post.

Martin finally got his brace in the 78th minute when he was left unmarked from a corner and punished Enfield by heading the ball home.

Larkins had to really earn his clean sheet in the 81st minute when he parried an initial shot from Chambers, before then getting down to tip Gormley’s rebound around the post.

Harvey drilled a hot over five minutes from time; then Barlow and Burgess both had shots saved by Stansbury as the Motormen closed the show looking to add another goal to their tally. They were able to achieve this in stoppage time as Martin laid off Gilchrist who went on to slot the ball past Stansbury to apply polish to a resounding victory.