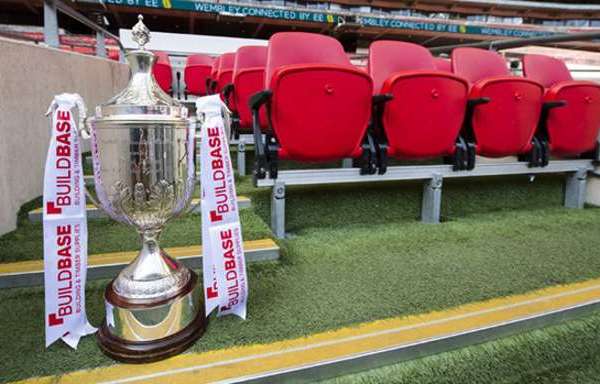 The Buildbase FA Vase 2nd Round draw was made yesterday afternoon at Wembley and if Saffron Walden Town win their replay this evening then the ESL will have three teams through – and all of them have been drawn at home.

Saffron Walden Town were held to a 4-4 draw in a Vase thriller on Friday evening and go at it again tonight; the winners are at home to FC Clacton who have already ended on the Vase campaign of one ESL team in the shape of Redbridge who they beat 4-1 in the 1st Qualifying Round.

Stansted meanwhile follow up their 5-1 win over Aylesbury Vale Dynamoes with a home tie against Mildenhall Town who currently sit 14th in the Thurlow Nunn Premier Division. The Airportmen have not set the league on fire so far this campaign so maybe a good Vase run will help kick-start their season.

Walthamstow meanwhile are rewarded for their 3-1 away victory last time out at Broadfields United with a home draw again AFC Uckfield Town from the Southern Combination Premier. The Stow are currently 5th, with games in hand. No doubt a Vase run will be welcomed as an interesting diversion from their title aspirations.

Ties are to be played over the weekend of Saturday 2nd November.