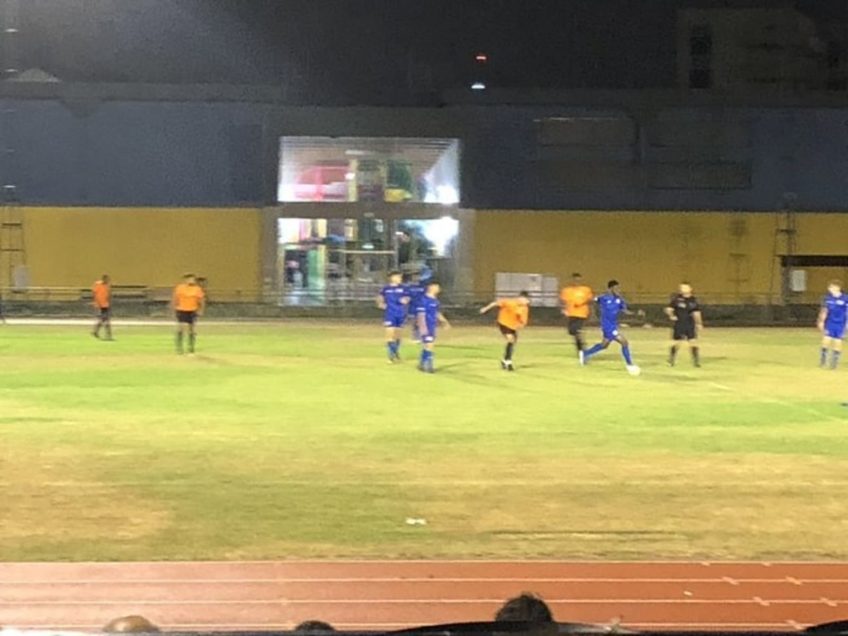 Tower Hamlets were edged out of the London Senior Cup by a youthful Leyton Orient outfit, whose goal came via a first half Ruel Sotiriou effort. The Cyprus U23 international was feeding on scraps for most of the game, but was able to show his quality in the 15th minute.

The O’s nearly took an early lead when an Anthony Papadopoulos shot clipped the cross bar. Then Sotiriou had a shot parried by Kevin Manuel with the rebound being lashed over by Jordan Adeyemi.

However at the quarter hour mark Sotiriou stole the ball off Ali Omar , sped into the box and then placed his shot past Manuel.

Having taken the lead the O’s then continued to press but Adeyemi found a powerful run into the box halted by an equally powerful tackle by Brandon Daniel, while Myles Judd sent over two crosses that were cut out by Manuel.

Orient despite having a fair amount of possession were not really putting any chances together and in the 30th minute a cross from the left by Lawrence Hammond was cleared by Tony Musoke.

Hamlets finally managed a chance of their own in the 35th minute; a Suaibo Balde shot whistled past Sam Sergenat’s right hand post, and then having had a taste Hamlets promptly had another chance with Yoan Edoukou drilling a shot just wide. And when Tristan Vernal hesitated on a ball in came Balde who pinched the ball, set Edoukou free, who then found himself crowded out so unselfishly played the ball back to his provider who then had a dig but couldn’t keep his shot down.

Having been under a little spell of pressure, the O’s then won a corner in the 40th minute which came to nothing. Then a deep cross from Papadopoulos was claimed by the Hamlets glovesman. However the final chance of the half came Hamlets’ way as Edoukou chased down a through ball that Sargeant was able to snuff out.

The O’s started the second period but couldn’t turn their possession into clear-cut chances. That didn’t stop Sotiriou letting fly from long range that was saved by Manuel. But as the half progressed the O’s were not creating too much upfront with only a Papadopoulos low shot their only chance and even that one was straight at the Hamlets keeper.

As the half progressed the O’s were holding the ball a lot more than Hamlets without really penitrating; a low shot by Papadopoulos was their only chance of note and even that was aimed staright at Manuel who blocked the shot with relative ease.

Musoke went on a powerful run for Hamlets in the 73rd minute, even getting as far as the byline where he pulled the ball back across the Orient goalmouth but there were no Hamlets in position to get a shot off. Hammond then went on an amazing run from the halfway line into the Hamlets box, speeding past a number of Hamlets player on the way, but the resulting shot was parried by Manuel. Moment later and Hammond had another shit, this time though his shot was well wide of the tareget.

But Hamlets did then come to life, with Benas Vaivadia having a shot that was deflected away for a corner. The resulting corner was headed inches wide by Alan Zuqolli. The O’s then went straight up the other end and won themselves a corner and all of a sudden with ten minute left the game suddenly livened up, as from defending a corner, Hamlets then launched a counter-attack which ended with Zuqolli getting behind the Orient defence and firing a shot wide.

In the 81st minute Balde cut inside Sweeney but his shot ended up being aimed straight at Sargeant who easily caught the ball. And Hamlets continue being bold and brave upfront as Nudukuba has a cross-shot defelced for a corner and from this Hamlets then won another one. However it was all a little bit too little too late from the ESL side who did themselves proud but ultimately were not able to find an answer to Sotiruous first half goal.