Sport Round Up – 01 June 2019 and Interview with Matt Laffan


So, Saturday’s show was packed with a look back at the Europa Cup final – on a personal level I was a bit disappointed with the performance of both teams. A game that was eventually won by Chelsea against a rather lacklustre Arsenal side. We also featured a look forward to what was expected to be a classic Champions League Final between Liverpool and Tottenham Hotspur. Little did we know that this would also not be the best advert for English football. Well done to Liverpool who secured a 2 nil win despite not performing at their best.

But 4 English sides in the these two finals was a massive achievement for English football – hopefully this momentum will carry on into the International Games soon to be played out in the UEFA Nation League games.

Other stories from around the world of sport were also looked at – the last warm up game for the England Women’s football team, cricket world cup and some exciting news concerning the appointment of a new manager for Brentwood FC, Ryan O’ Rawe.

Today’s featured interview was with local triathlete Matt Laffan. He spoke at length about the multi disciplined sport, the highs and lows of training and the events he is preparing for this year. You can here the interview below. Feel free to get in touch if there is anything further you would like to know or how to get in involved in such a sport. It really offers something for everyone. 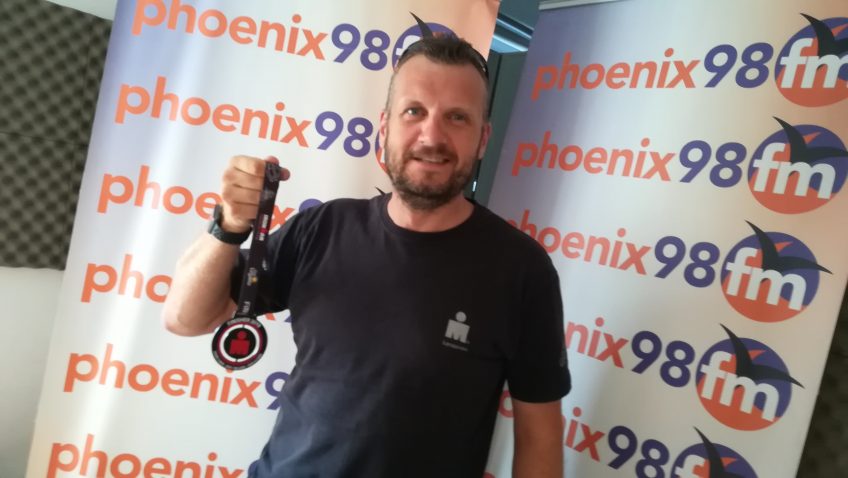 Pictured above, Local Triathlete Matt Laffan, showing his medal awarded to him following his successful completion of Lanzarotte Iron Man 2019