In this episode Nikki is joined in the studio by 14 year old singer Jessica Pearce.
At such a young age Jessica has already done so much in the music world including gigs, open mic nights and competing in a local singing competition. She has recently recorded her first single which she talked about in the interview before performing her version of Dua Lipa’s ‘Scared to be Lonely’. She then attempted the world record for how many Jaffa Cakes eaten in 1 minute!

If you’d to keep up to date with the release of Jessica’s  debut single and where she will be performing then follow her on her social media:
Facebook: Jessica Pearce – Singer
Inastgram: @Jessicapearce4_ 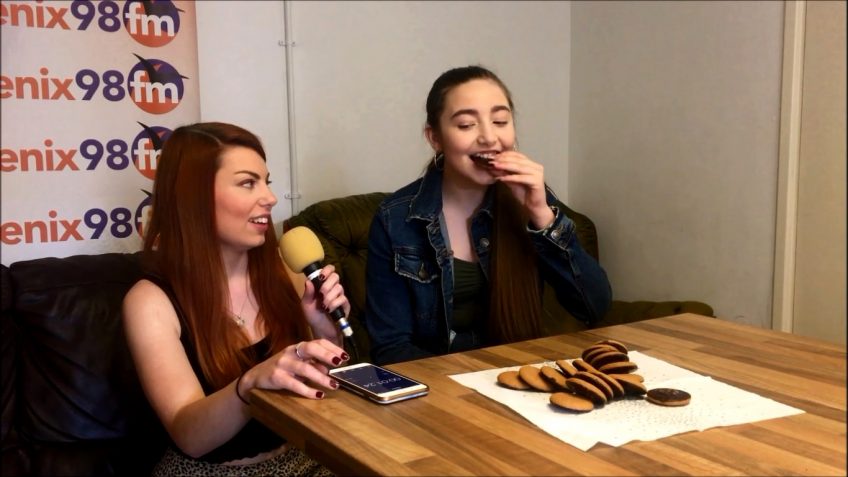 See how many Jaffa Cakes Jessica can eat in 1 minute in the video above.

You can also check out other episodes of Mills Meets here:
www.phoenixfm.com/category/mills-meets/