Brentwood Borough Council has elected Councillor Keith Parker as the Mayor of Brentwood for 2019/20; he will take over the role of Ambassador and First Citizen for the coming year. 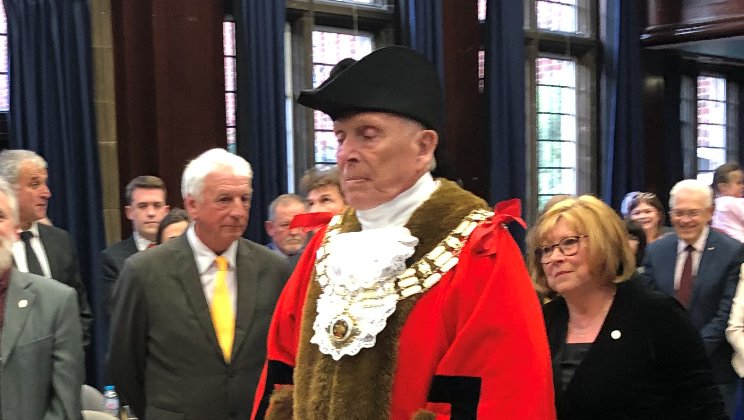 Cllr Parker’s appointment was made at Annual Council on Wednesday night (15 May 2018), where members of the Council were joined in at Brentwood County High School by residents, family members and friends to witness the traditional Mayoral ceremony. His wife Francis will accompany him as his Consort.

Councillor Parker, who is Brentwood’s 28th Mayor, has been ward member for Brizes and Doddinghurst for 13 years and has lived in the borough for 25 years. Cllr Parker lives in Doddinghurst where he runs a metal fabrication business. He and Francis have been married for 54 years.

Mayor of Brentwood, Councillor Keith Parker, said: “I am proud to be representing Brentwood as Mayor and to have been chosen to do this. It is an honour and I look forward to going the many events I will be called upon to attend in order to represent our great Borough.”

Cllr Parker has chosen two charities for his Mayoral Fundraising this year which are particularly poignant for him and his family, Prostrate Cancer UK and St Francis Hospice in Havering Atte Bower.

Cllr Parker said: “I have chosen two charities that are very dear to myself and my family. Few people are aware that I was diagnosed with this cancer 16 years ago and am still here today. Seven years ago my son Stephen, was diagnosed with the same symptoms – but within 18 months he had passed away at the age of 46. It seems the younger you are the more aggressive this form of the disease can be. St Francis Hospice cared for my son in his last few weeks. The care and support given to both my son and my family were exceptional to say the least. It was therefore an obvious choice for me to help support these two charities.”