Written by Paul Golder in Creative👁 4,217


This year’s Creative Sessions were held in the Foyer at the Brentwood Centre over the weekend of 13 and 14 April.

Our ninth band on day two were the Emotion Signal – fresh from their performance at our 33rpm gig the previous weekend in Southend. We were treated to four songs – Shamrocks, Paris Syndrome, Flying and Shortbread Superted. 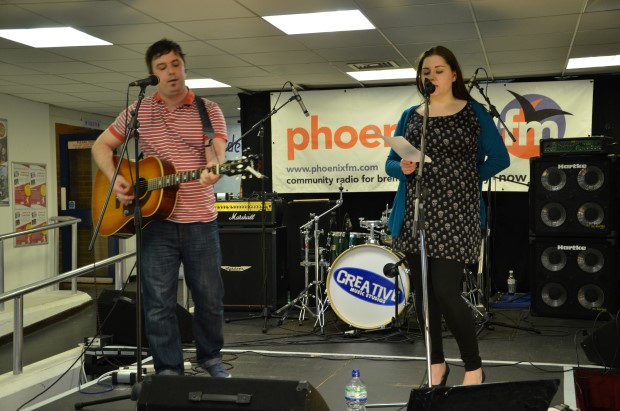 After the session the band went in to the studio to chat with Jed Shepherd live on air, and you can hear the interview again below:

The sessions were played out on air for the first time on 14 June 2013. You can see the videos and photos below. Thanks to Dave Shalloe, Jamie Isherwood and William Chan at Creative Studios for producing the audio.