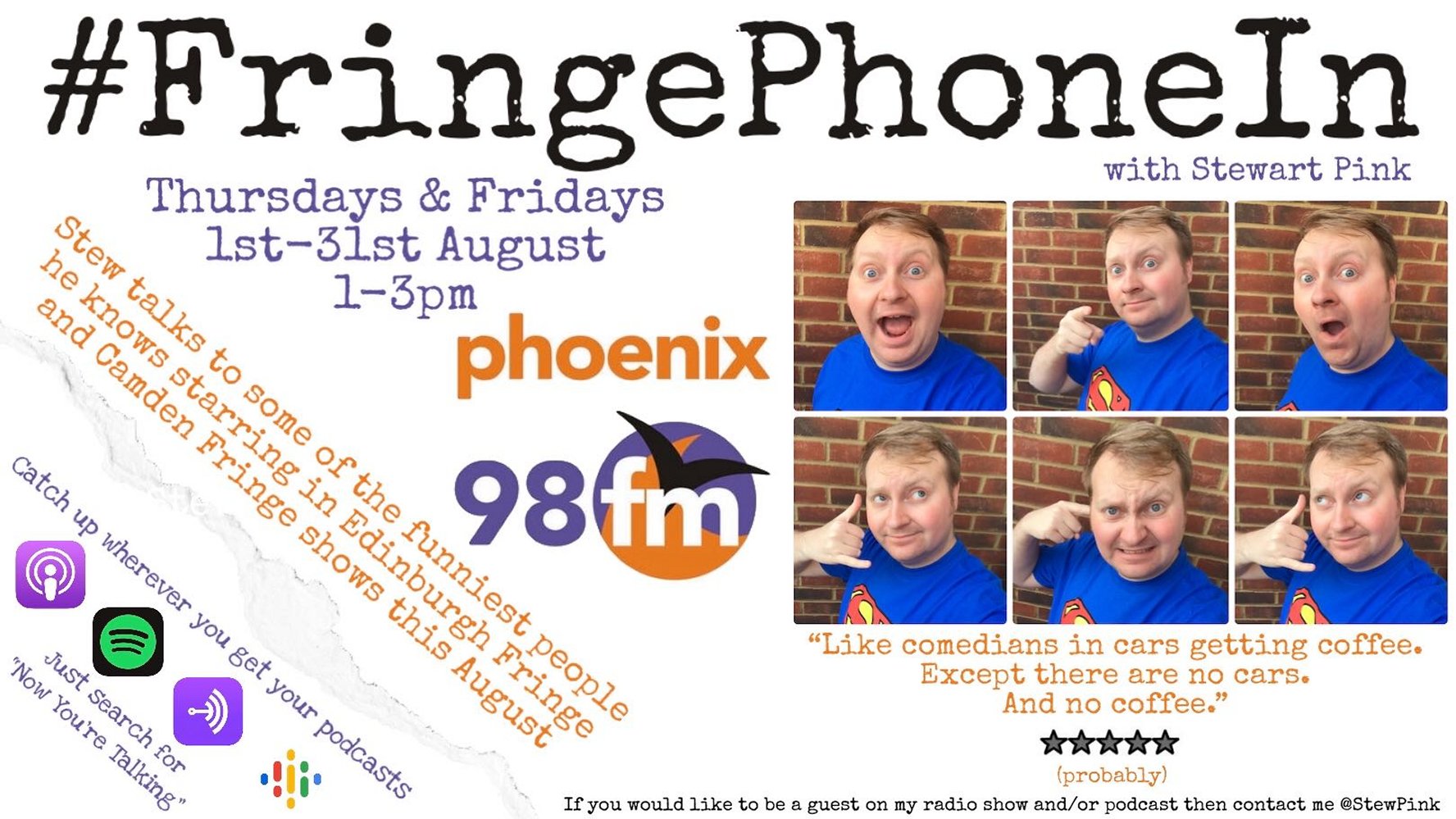 August is a big month for comedians with the Edinburgh & Camden Fringe Festivals. All the hardworking ones hire a venue, fill it with people and put together a show.

Our resident comedian, Stewart Pink, isn't that hardworking. Instead, he hosted the world's first EVER Fringe Festival Phone-in on Phoenix FM, taking calls from some of the biggest names in comedy at the Fringe Festivals this year.

You can catch up on all of it below, and hear Stewart chatting to comedians with a huge range of accolades from TV panel shows like Mock The Week and QI to Live At The Apollo, The Stand Up Sketch Show and The Tez O'Clock Show.

Stewart spoke to the stars of the fringe including standup comedians, double acts and sketch shows, impressionists, a Beano writer and even an Irish hip-hop improv artist. 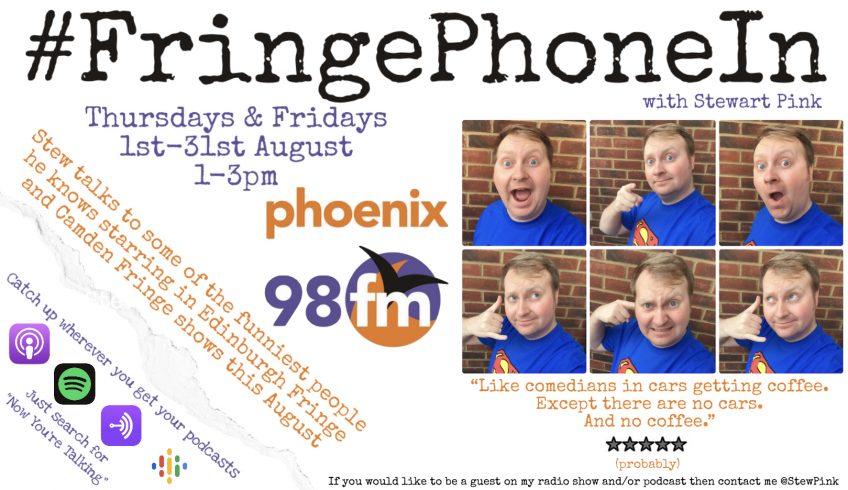 The world’s first EVER #FringePhoneIn – Week 1

After two weeks ignoring the usual schedule, it was great to be back in the studio after Latitude and Standon read more

The world’s first EVER #FringePhoneIn – Week 2

The world’s first EVER #FringePhoneIn – Week 3

The World’s First EVER #FringePhoneIn – Week 4

The World’s First EVER #FringePhoneIn – Week 5


Warning: file(programme.txt): failed to open stream: No such file or directory in /homepages/4/d121083613/htdocs/phoenix2011/wp-content/themes/phoenixfm/footer.php on line 4

Warning: count(): Parameter must be an array or an object that implements Countable in /homepages/4/d121083613/htdocs/phoenix2011/wp-content/themes/phoenixfm/footer.php on line 5

Warning: include(partners.php): failed to open stream: No such file or directory in /homepages/4/d121083613/htdocs/phoenix2011/wp-content/themes/phoenixfm/footer.php on line 35