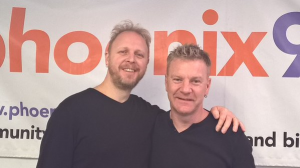 Joined in the studio by the boys from Tenek (Peter Steer and Geoff Pinckney) who came in to talk about their amazing new album SMOKE & MIRRORS. A packed interview with great music from the album, musical conversations and humour.

We had exclusive plays from the album of Blue Man (snippets of which you can hear during the interview).

Currently on the A List at Phoenix with What Kind of Friend, the guys talked about their early music career supporting Gary Newman and their onwards success with the release of their third album together.

Having toured across the UK and Europe, Peter and Geoff plan to start promotion over in the USA assisted by their full time Manager Cheri Freund. 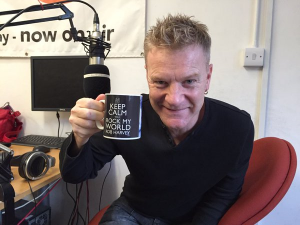 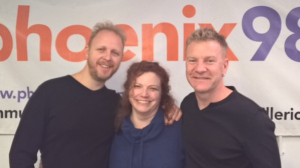 Summer included a return performance at ‘BAS 2015’ Festival (Basildon, UK) opening for De/Vision. July brought the announcement of having signed with Distortion Productions for the North American release of their upcoming third album, ‘Smoke and Mirrors’ (release Winter 2015). Both parties are extremely