In tonight’s show host Steve Tongue is joined by a panel of Lee Boyce, Steve Jenkins, Keren Harrison and Jacob Ranson. They discuss how the new signings are fitting in, the season so far, the game v Exeter City (with the post match interview with Kenny Jackett) and the forthcoming game v Carlisle United.

There is also chat with Peter Kitchen reflecting on his time at the O’s after having been announced as one of the initial inductees of the Club’s Hall of Fame.

At the end there is a little quiz from Pandamonium Fanzine of ‘Where Are They Now?’ – how will you do? 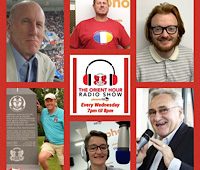