When things just get too scary!


We had a real mix for you today.

First off we heard about the woman who said she was now too frightened by the new variant of COVID-19 to even step out of her house. 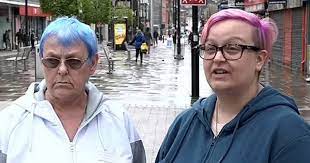 Absolutely true, she told a TV camera crew last week that she was so scared that she wouldn’t even be prepared to step outside.

Well, fair enough but it was somewhat surprising therefore that the interview with her was not conducted in her house, or even on her doorstep, but in the town centre – and what’s more she wasn’t even wearing a mask.

I wonder then what her reaction might be if she were offered the chance of a break in a European country in the Amber Zone.

Perhaps Romania would be a good bet where they have seen just over a million cases of the virus, in spite of which the country has the lowest vaccine take-up. 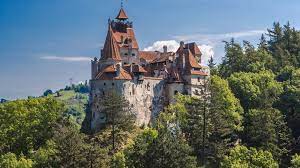 So in an effort to improve vaccine take-up, Bram Castle  – the inspiration for Bram Stoker’s novel Dracula –  is currently offering a special deal as a Covid vaccination centre.

Yes, truly medical workers with bloody fang stickers on their scrubs are offering free shots of the Pfizer vaccine every Friday, Saturday, and Sunday this month.

No appointment is needed and vaccine recipients also get free entry to the castle’s exhibit of 52 medieval torture tools.

In the second hour I had been due to be joined by Margaret Mills for her regular book choice feature, but unfortunately she had to pull out at the last moment and is now re-scheduled for Monday 7th June when her book choice a biography by Christina Croft and concerned the German Emperor, Frederick III will be explored and discussed.