Written by Michelle Ward in Eat My Brunch👁 345 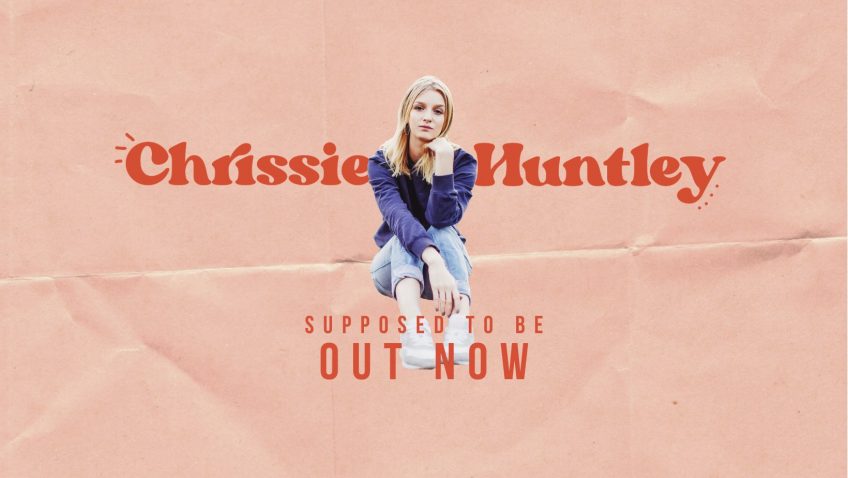 Michelle caught up with an amazing singer, songwriter, Chrissie Huntley about her song writing, music career so far and that superb voice of hers! SUPPOSED TO BE is her latest release. With its lush harmonies, gorgeous lead vocal and hooky chorus, you’ll be humming this tune all day long.

After her own mental health challenges, she started fundraising for Mind. Chrissie also continues support by donating £1.00 from every purchase of her merchandise to The Mind Mental Health Charity.

“Not only talented but actually doing something useful with her music”

​“She’s just incredible, and such a lovely person as well. Chrissie’s just got something about her, something really charismatic and wonderful”

In 2017, Chrissie developed a debilitating anxiety which prevented her from going to work and leaving the house. In pursuit of healing, catharsis and expression, Chrissie turned to music. That year, leaving everything else behind, she made the decision to move to Bristol and immerse herself in music, full-time.

Little did she know… this decision would change everything.

From her very first live show in 2018, to headlining the O2 Academy Bristol and being handpicked by Michael Eavis himself to play Glastonbury 2019, Chrissie began making huge waves on the live music scene in the years that followed… and most importantly: without one single anxiety attack.

Subsequently, Chrissie became dedicated to using her music as a means to support others who may be struggling. In 2018, Chrissie launched a mental health awareness campaign  #LetsTalkAboutIt, raising over £500 for ‘Mind- Mental Health Charity’. Since, Chrissie has continued her support by donating £1 of every merchandise sale to the charity. Her advocacy even gained Chrissie an invite to perform her own music at the UK House of Commons in 2019!

Whilst it was clear that music was the ultimate remedy for Chrissie, this whirlwind journey

sadly came to an unavoidable halt in 2020 when the pandemic hit.

Losing the momentum she had been gaining on the live music circuit, Chrissie decided to use the time granted by national lockdowns to her advantage. Collaborating with musicians across the globe and transforming her closet into a home studio, Chrissie has spent the past year equipping herself with a brand new body of work to return to the stage with in 2021.

Big things are to come from the Brit School graduate, with a series of singles set for release in the coming months. For now though, Chrissie’s musical mission is simple:

to make the world a little peachier.