Be careful how you use your mobile phone! 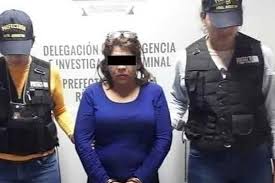 We started out today by telling you about the woman who launched a frenzied attack on her husband after she failed to recognise herself in X-rated pictures she found on her husband’s phone.

Yes, incredibly the incensed Mexican woman stabbed her husband after finding the X-rated pictures on his phone, of her husband seemingly having sex with a younger woman.

When officers arrived at the scene they are said to have found the suspect’s husband, named only as ‘Juan N’, lying injured with several stab wounds to his arms and legs.

Police were reportedly alerted after neighbours heard terrifying screaming and shouting coming from inside the couple’s home.

The husband eventually managed to wrestle the knife away from his wife and tried to establish just what had provoked the assault.

When she eventually explained about the pictures, he told her that the pictures were actually of herself, taken years earlier when she was younger, thinner and wearing a lot of make-up, but presumably little else.

The husband later told police that he’d found the images on an old e-mail and transferred them to his phone.

The woman named only as LEONORA R remains behind bars pending charges, whilst her husband was taken to hospital to be treated for multiple stab wounds.

What a mistake to make!

Being a Tuesday I was joined in the second hour of today’s programme by MARGARET MILLS who explained how King Henry VIII’s “Mr Fixit”, Sir Thomas Moore is connected with our county.

If you missed what Margaret said, catch it all again here: –