Written by Michelle Ward in Eat My Brunch👁 710 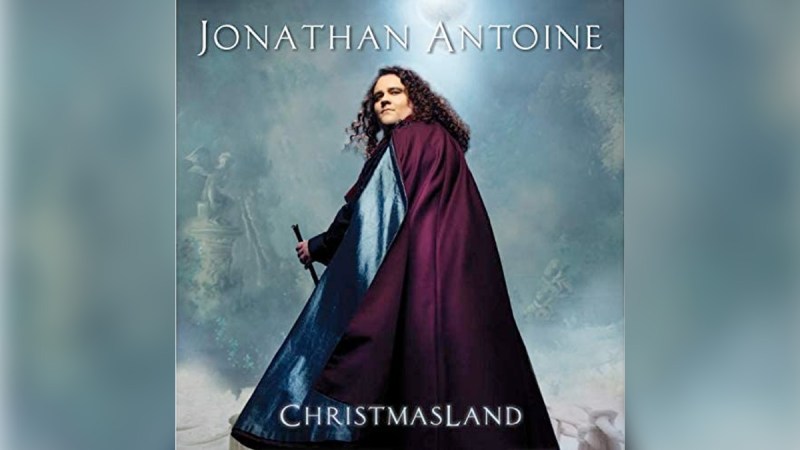 Michelle chatted to Jonathan Antoine, the incredible Tenor about his amazing new album CHRISTMASLAND (out 4th December). We heard two tracks from the album which sounded glorious.

Jonathan Antoine has announced the release of his first ever Christmas album, ChristmasLand, out on 4th December.

Produced by Grammy award winning Gregg Field remotely from LA and featuring the Royal Philharmonic Orchestra, New Zealand’s Choristers of Wellington Cathedral of St Paul and the Tudor Choir, ChristmasLand was recorded at London’s Abbey Road Studios across three time zones – the choirs recording from New Zealand. It includes a magnificent selection of universally beloved Christmas classics, promising to be a firm family favourite during the festive season for years to come.

The album comprises of traditional cherished carols, arranged to showcase the formidable voice for which Jonathan is renowned, including O Holy Night, O Come All Ye Faithful, Silent Night, and Hark! The Herald Angels Sing.

It also features more contemporary classics including White Christmas, Have Yourself A Merry Little Christmas, and Winter Wonderland, highlighting the tenor’s versatile range and tone.

Additionally, Jonathan recorded his own rendition of These Are Special Times for ChristmasLand. Originally recorded by Celine Dion, the track was rewritten by legendary American songwriter Diane Warren for the album, including a remarkable new Italian lyric by Grammy Nominated multi-talent Marco Marinangeli.

Jonathan says “I have had the luck to spend the last 25 Christmases with my family, surrounded by people who love me. It has been a constant throughout my life, and I feel equally as excitable about it now as I did 20 years ago. I hope that you can feel not simply that excitement in the waveforms of this audio, but also the fears, the love, passion and uncertainty that make up our human experience. Christmas doesn’t just mean Christmas, it also means every other day of the year. Please remember this as we move forward, and treat every day as though it were Christmas – perhaps we can all meet in ChristmasLand.”

ChristmasLand follows Jonathan’s first album in 4 years, Going The Distance, which was released earlier this year, going on to become a #1 best seller in the UK Classical Chart. An immensely personal record, the album features favourite tracks from Jonathan’s younger years, as well as songs rom the world of musical theatre.

In August, he also released Lieder, an EP featuring 4 esteemed operatic pieces, including Nessun Dorma from Turandot, popularised by Luciano Pavarotti, to whom Jonathan has often been compared.

Jonathan became a global sensation at the age of 17, following an astounding audition on Britain’s Got Talent, which went on to become the world’s most viewed television audition of any performer in history. He later released two best-selling albums with his singing partner, Charlotte Jaconelli, before going on to have further success as a solo artist and becoming the youngest tenor to achieve a #1 classical album.

An outspoken supporter and ambassador for the rights and well-being of young people, Jonathan has recently co-authored a published children’s book helping children to overcome the effects of bullying, and will also feature in the upcoming documentary Anxious Nation.