The strange case of the woman “speaking in tongues”


Now this is just weird. 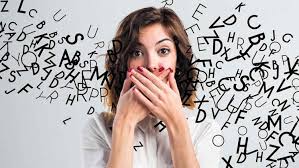 We reported today on a woman who after suffering from severe headaches then noticed that her voice had started deepening without warning. It then became slurred and slow, as if she were suffering from a stroke, after which she was suddenly struck dumb!

31-year old Emily Egan, a children’s home manager from Bournemouth had doctors baffled. She was rushed to hospital where she underwent extensive CT and MRI scans.

After 3 weeks testing, Emily was discharged from hospital but still minus her voice. Then whilst on holiday in Thailand she slowly re-gained her speech, but found that she was speaking in broken English switching without warning to Polish, French and Italian and, when really stressed, Russian.

She’s now been diagnosed with “foreign accent syndrome” – a rare speech disorder resulting from brain damage. No one knows what causes it or whether she will ever regain her normal accent.

Emily says the condition has changed her life completely and that she no longer thinks in the way she used to, and has even been shouted at in a supermarket, that it was “foreigners like her who caused the coronavirus!”

Oh dear, that’s not nice is it?

Being a Tuesday I was joined once more by Margaret Mills, who related the Essex connection to the poet, John Clare. If you missed what Margaret said, you can listen again here: –