In tonight’s Orient Hour, Andy Gilson is joined by Trevor Singfield and Darin Burrows to put supporter questions to Danny Macklin, Leyton Orient CEO, after an eventful few days in E10. Also in tonight’s episode there is the regular slot from Dave Victor, “Victor’s Views” and the panel discuss what is going on in football in general during these strange and troubling times. 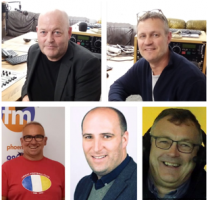