Billericay Town’s search for a new manager is complete as the club appointed former Ebbsfleet United boss, Kevin Watson, to the position. He takes over from caretaker manager, Dan Brown, who had stepped up to take the team after Jamie O’Hara left the club on 3rd December last year. 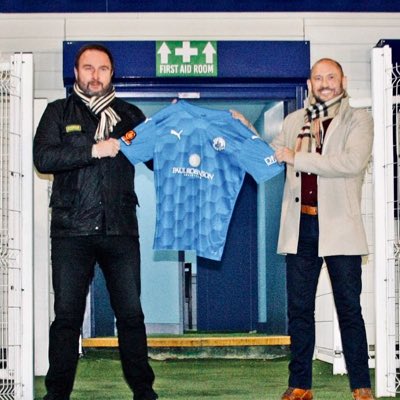 With Billericay in poor form, languishing at 17th in the National South table, the managerial announcement is a welcome development. A trip to 7thplaced Eastbourne Borough this Saturday represents the first challenge on a packed January fixture agenda for the new management team.

Watson’s last managerial role was in the National League at Ebbsfleet United. He left the club at the end of May 2020.

Joining initially as assistant to Gary Hill in October 2019, he took control as interim manager after two matches on Hill’s departure. Inheriting a team bottom of the league, with ten points after 16 games, a positive start saw him contracted as manager to the end of the season.

Rejuvenating a struggling side, he secured sufficient points from the remaining matches to lift the Kent side out of the relegation places. In a season curtailed by the coronavirus pandemic, Watson was desperately unlucky to see his improved team relegated as fortunes were subsequently decided on an unweighted point-per-game system. This moved the Fleet down by one place in the table, causing them to be relegated to the National South by the slimmest of margins, just 0.002 of a point.

Watson was formerly assistant manager at National South side, Hungerford Town, where he worked for 16 months from June 2018 before taking the Ebbsfleet role. Prior to that appointment he managed Bishops Stortford, taking on a side in March 2017 that were nine points adrift of safety. Relegated to step three, he steadied the ship the following season but departed for Hungerford.

Watson enjoyed a distinguished playing career, marking his debut for Tottenham Hotspur back in September 1992 with a goal. Accumulating over 400 League appearances, his lengthy League career included time at Swindon Town, Rotherham United, Reading, and Colchester United. In all, he achieved four promotions, including two in consecutive seasons under Ronnie Moore in Yorkshire, and was an integral part of the Colchester team that secured Championship football in 2006.

Whilst at Colchester United, where he stayed for three seasons, Watson combined playing and working at the club’s academy to earn his coaching badges. Leaving in the summer of 2008, he moved on to his final club as a player, Luton Town, where he suffered a knee injury that would lead to his decision to retire.

Given an opportunity as No.2 to boss, Mick Harford, Watson accepted in January 2009, continuing after Harford’s departure alongside Richard Money until July 2010. Ironically, Harford had told him on Christmas Eve that his playing contract would not be renewed only to appoint him to his staff two weeks later.

By now a highly regarded UEFA ‘A’ licence coach, Watson was selected by former Spurs striker, Teddy Sheringham, as his assistant in his first managerial role at Stevenage Borough in June 2015. Further no.2 stints at Eastleigh in 2016, with former boss Ronnie Moore. A short-lived spell at Whitehawk in January 2017 followed before Watson got his first shot as manager at Bishops Stortford.

Billericay’s new manager comes with a strong reputation as a top-class coach, improver of players, and with a thorough knowledge of all aspects of the game. Fresh from an impressive spell at Ebbsfleet, he displayed the sort of credentials, in improving an underperforming squad of players mid-season, that a struggling Town will so vitally need right now. Ultimately, based on performances to date, certain players may need to be changed but for now there is one final chance to impress.

It has been a thorough search by the owners of the club, with fifty candidates reportedly applying for the role. Watson looks to be the right hire capable of instilling the necessary environment to bring success and improve the performance of the team. He inherits a difficult but salvageable situation. Given patchy recruitment, extended period of poor results, and all the challenges associated with the pandemic, the issues won’t be easy to solve and he will need time and patience.