As an Easter treat I thought I’d have a root around in my CD collection and play a bunch of 70’s tracks for you!

The 1970’s
Elton John became the decade’s biggest solo pop star, releasing diverse styles of music that ranged from ballads to arena rock. One of the most successful European groups of the decade was the quartet ABBA who first found fame when they won the 1974 Eurovision Song Contest with Waterloo.

One of the first events of the 1970s was the break-up of The Beatles in the spring of 1970. Heavy metal music gained a cult following led by Led Zeppelin, Black Sabbath, and Deep Purple and Progressive Rock reached its peak of popularity in the mid-1970s.

The film Grease, starring John Travolta as Danny, Olivia Newton-John as Sandy and Stockard Channing as Rizzo, was successful both critically and commercially. Its soundtrack album ended 1978 as the second-best selling album of the year behind the soundtrack of another musical film Saturday Night Fever. 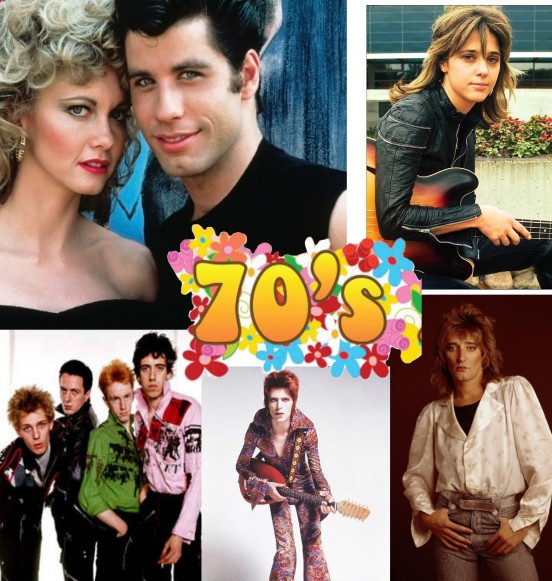