98 Not Out – Show 66 with Joe Ellis-Grewal, Alex Tudor and Paul Prichard. 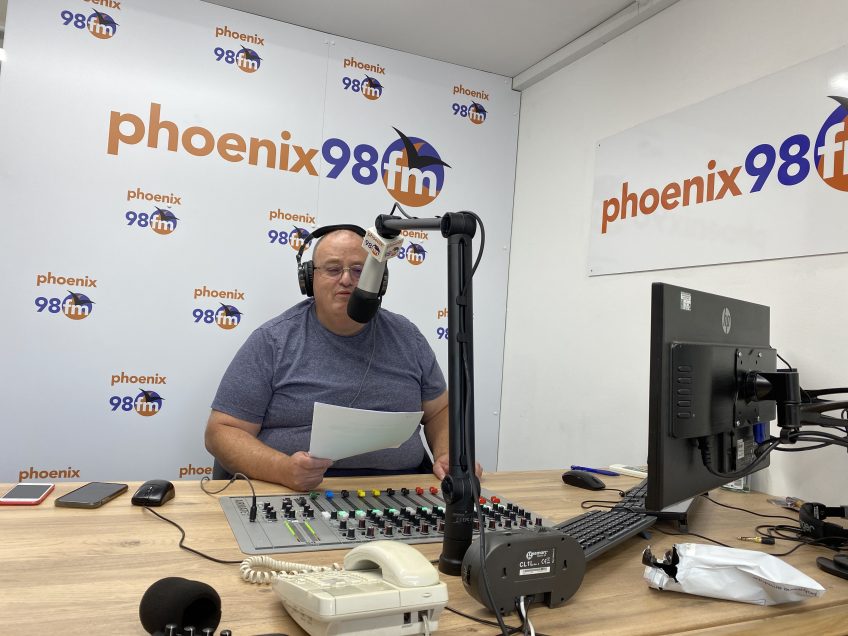 Brett settles in to the new studio.

98 Not Out
Daren Mootoo and Brett Sanders
Podcast available by clicking the yellow DOWNLOAD button above.

In a packed show broadcast from the newly refurbished Studio One at Phoenix FM towers, this show – and all future shows – will be available to view live via a new studio webcam. Head to Phoenix FM webcam

This week, we round up the results from the final Saturday of the Shepherd Neame Essex League and talk to Wanstead captain Joe Ellis-Grewal about his team winning the Premier League after a thrilling last day shoot out against fellow title-contenders and current champions Brentwood.

An article in The Sun speculated on the new line up for BBCTV’s A Question of Sport and suggested that former cricketer Alex Tudor might be in line to be one of the new team captains. We spoke to the former Surrey and England paceman to get the lowdown.

Also on the show, we had an entertaining chat with Essex legend Paul Prichard, who these days captains the Lord’s Taverners XI. He told us about having a bet with David Gower about coming on the show and how life is going for the celebrated Taverners XI, as they resume charity matches.

There’s also the usual look at news from around the cricketing world, as England wrap up a memorable international summer and the Vitality Blast heads towards the quarter-final stage. There’s also “Cricketing Birthdays of The Week”!