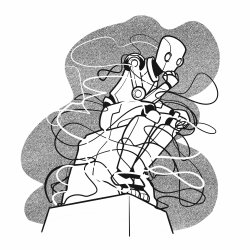 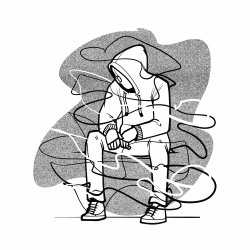 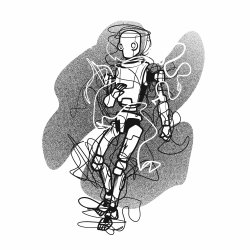 We’ve been playing out Digital Graves, a track by Sonomancer featuring lyricist Martha Goddard – and we caught up with Sonomancer to find out a little bit more about his life and music.

I first developed a passion for music when I was seventeen years old. I started with a humble PlayStation and the Music and Music 2000 software! I became hooked on putting tunes together almost immediately.

While growing up I listened to an eclectic mix of music but it was mainly electronic and dance by artists such as The Prodigy, Future Sound of London and The Chemical Brothers. But I found I would appreciate the music, specifically, in other areas too, such as video games, movie soundtracks and TV show themes. I guess I always had an interest in music composition from a very young age.

To someone who hasn’t heard my music before… Well, for the most part, I try to make something new, different and unlike anything that has come before. One phrase that someone used recently to describe my music was ‘unexpected’. I like that.

So far I have recorded and released three tracks: Industria, Core 3 and Digital Graves.

At the moment my playlist is all over the place, some new artists, some older artists (such as the ones I mentioned above), some movie soundtracks… One album I really am loving at the moment is Silk Sonic’s. It’s such an awesome celebration of funky live music, and the live element in particular is something I have been planning to experiment with for a while. I love intertwining live instruments and vocals with more electronic elements.

With the above in mind, my dream collaboration right now probably would have to be with Bruno Mars. When you beyond the fact that he is incredibly popular, and just listen to the music he has been putting out, it’s just really, really good stuff. The guy is an incredible talent to say the least. But that’s just one artist – there are so many! I sometimes wish I could reach back in time and work with artists who are gone. That way I could work with both Hendrix and Beethoven.

For the future, I am working on my fourth track which I plan to release early next year. I’m liking how it is shaping up so far. Further down the track I plan on releasing a full album late next year. All in all, I’m just pretty excited that we have platforms like this where people can hear our music. That’s all I really want to do, and if people like it, even better!